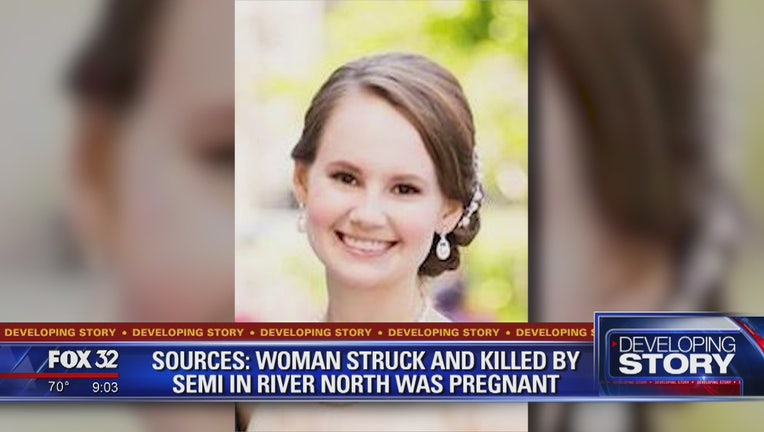 CHICAGO - The family of a pregnant woman who was fatally struck by a truck last month in River North has filed a wrongful death lawsuit against the driver and his employer.

Elizabeth Boshardy was crossing the intersection of Grand Avenue and LaSalle Drive about 11:30 a.m. Sept. 17 when she was struck by a semi turning left on Grand, Chicago police and the Cook County medical examiner’s office said.

She was pinned under the semi and had to be extricated, according to Chicago Fire Department officials.

The driver, a 67-year-old man from west suburban Lyons, was cited for failing to yield to a pedestrian in a crosswalk, according to police.

The suit claims Metz, who was driving the truck for Rauch, was negligent in failing to look out for Elizabeth Boshardy in the crosswalk and failing to reduce speed or otherwise avoid hitting her. It accuses the company and the driver of two counts of wrongful death each.

Representatives for Rauch did not immediately respond to a request for comment about the suit Wednesday evening.