The latest on the Pensacola naval base shooting | December 9

PENSACOLA, Fla - The FBI says it's working under the presumption that the Florida naval base shooting was an act of terrorism, and that no arrests have been made in the fatal incident.

In remarks Sunday, an FBI special agent also said all international students at the base have been accounted for.

The information comes three days after the shooting. 2nd Lt. Mohammed Alshamrani opened fire inside a classroom at the base on Friday, killing three people and wounding two sheriff's deputies, one in the arm and one in the knee, before one of the deputies killed him. Eight others were also hurt. Both deputies were expected to survive.

Authorities investigating the attack are reportedly focused on finding several unaccounted for Saudi nationals linked to the shooting, as additional details have emerged about the shooter's movements in the weeks leading up to the rampage.

A U.S. official who spoke on condition of anonymity after being briefed by federal authorities told the Associated Press that a total of 10 Saudi students were being held on the base as of Saturday while several others were unaccounted for. 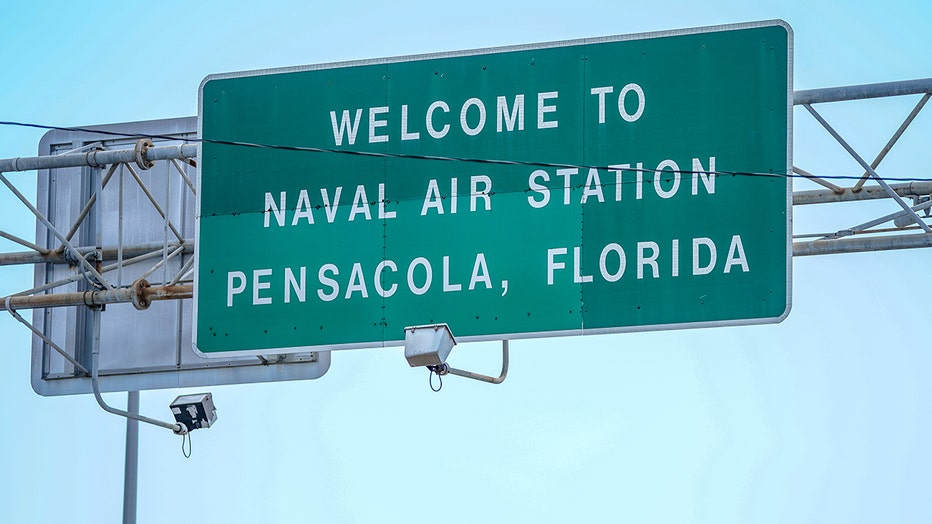 President Donald Trump's national security adviser said Sunday that the fatal shooting by a Saudi student of three sailors at a U.S. naval base in Florida looks like “terrorism or akin to terrorism."

"There's no question what it is, it's terrorism." Florida Sen. Rick Scott (R) said Sunday on "Fox & Friends." "It's radical Islam."

Governor Ron DeSantis is urging for stronger security precautions for foreign nationals training on U.S. military bases, as he announced during a news confernece on Sunday. He is calling for more substantial security vetting of foreign nationals before they head to the U.S. for training.

“My view is that for us to be bringing in these foreign nationals, you have to take precautions to protect the country," the governor said. “To have them take out three of our sailors, to me that’s unacceptable and I think that could have been prevented."

A US official says that Alshamrani hosted a dinner party the night before to watch videos of mass shootings. He says authorities tell him one Saudi student was recording outside the building while the shooting took place.

U.S. officials are continuing their investigation.