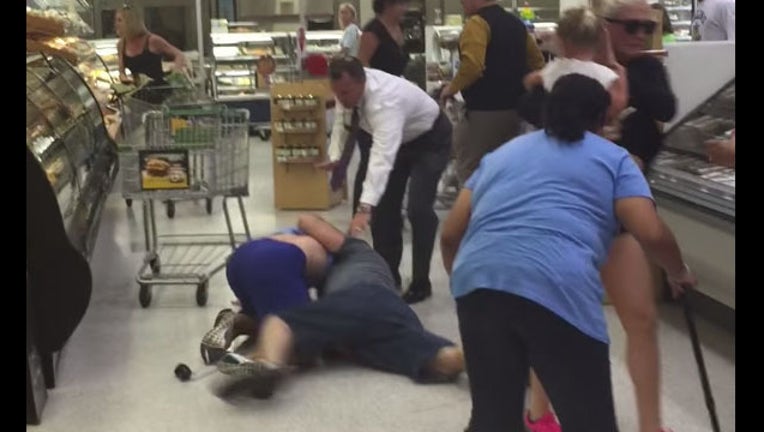 According to the Orlando Police Department, the incident happened after an argument -- between a man and a pregnant woman.

Edwin Colon told police he tried to pull his vehicle into a parking space on Monday. A pregnant woman was loading her child into her vehicle. However, Colon says her cart was in the middle of the space he wanted.

The police report says the man asked the woman to move the cart – but the man claims she shook the cart and said “What do you want me to do with it?”

The two began cursing at one another.

Colon went inside the Publix to buy a sandwich at the deli, that’s when he was approached by the woman’s husband.

According to the report, the man tried to put Colon in a headlock – so he fought back.

In the video a Publix worker is seen pulling the men apart.

The unidentified woman and her husband left the store after the fight.

The video has already been viewed more than 100,000 times.