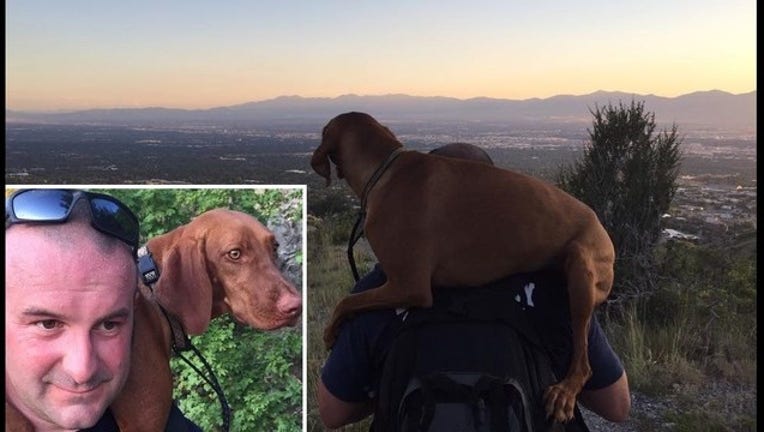 FOX News -- On "Fox and Friends" this morning, we heard the feel-good story of a lost and injured dog who was carried more than two miles to safety by a Utah firefighter.

A call came in to animal control last Sunday about a dog with an injured paw on a trail above the University of Utah.

Salt Lake firefighters, including Tony Stowe, then hiked the 2.3 miles, to rescue the Vizsla. After giving Rue some water, Stowe put her on his shoulders and made his way back down the trail.

Long said Rue ran away on the Fourth of July when she got spooked by fireworks in their neighborhood, and slipped under the backyard fence.

Rescuing Rue wasn't that difficult, Stowe said. As you can see, she's kind of a lover.

Stowe said he now has a soft spot for Vizslas after bonding with Rue and would have adopted her right then and there if she did not have an owner.

Rue was then reunited with Long, who called it a "wonderful moment."

"She jumped up on me, it was almost like she was hugging me. She wouldn't get down for a couple of minutes."