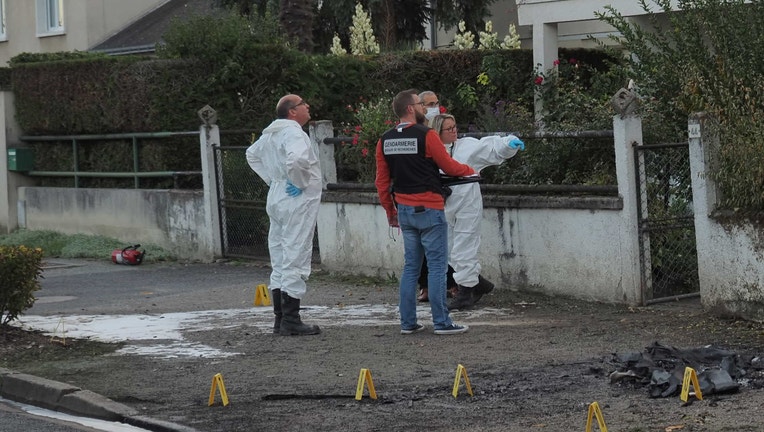 Forensics work next to the site where an ULM crashed in Loches, center France, on October 10, 2020. (Photo by GUILLAUME SOUVANT/AFP via Getty Images)

LOCHES, France - An ultra-light airplane collided on Saturday with another small plane, killing five people as the two aircraft fell into gardens around a small town in France.

The collision occurred in the skies above Loches, about 50 kilometers (30 miles) from Tours, southeast of Paris, according to the mayor, Marc Angenault, who was quoted by the France Bleu radio station.

According to Nadia Seghier, head of the prefecture, the state authority of the Indre-et-Loire region, the ultra-light plane fell around a home near the town's center without injuring people on the ground. The tourism aircraft, reportedly a four-seat single engine plane, fell into an uninhabited sector.

Two of the dead were in the ultra-light plane and the three others in the other small aircraft. There were no reports of survivors.

About 50 firefighters and 30 gendarmes rushed to the area of the crash, as well as aviation specialists, the radio station said.

The reason for the collision was not immediately known, and an investigation to determine the cause was opened.

TRUMP WARNS IRAN 'NOT TO F--- AROUND WITH US'