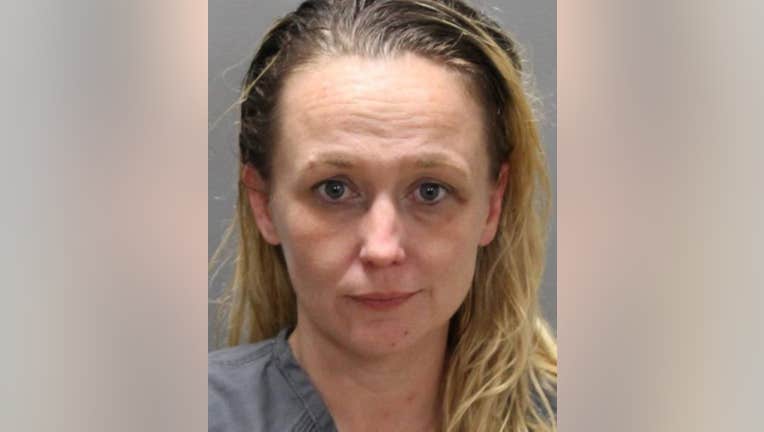 JACKSONVILLE, Fla. - A Florida woman was wearing a boxing glove as she attacked a student on a middle school campus, police said.

Police said a school safety officer heard a "frantic" announcement from a teacher over Dupont Middle School’s radio system about a fight outside the cafeteria.

When the officer got there, he learned that the 34-year-old mother had been in a physical fight with the victim, the report states.

Police said Riddle was leaving the school with her daughter after a meeting with the vice principal. But instead of leaving the campus, police said the daughter walked out of her way through the cafeteria to engage the victim in a fight.

Witnesses told police that Riddle’s daughter pushed the victim to the ground and hit her before her mother also began punching the victim, who was lying on the ground. One witness told investigators Riddle appeared to have a boxing glove attached to her left hand.

According to the report, Riddle had the boxing glove on her hand when she arrived at the school that day, and told officials it was glued to her wrist and she couldn’t remove it.

The student suffered abrasions to her knees and forearms, according to the report.

The girl’s parent told police she wanted to pursue criminal charges. The parent took the student to a hospital for a follow-up evaluation.

Riddle was arrested and charged with one count of child abuse with personal/special weapon. Records did not indicate whether Riddle has a lawyer who could comment.