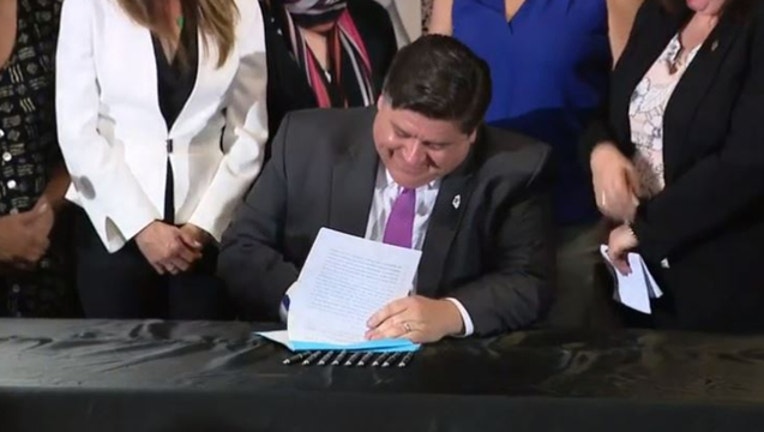 CHICAGO (AP) - Gov. J.B. Pritzker has signed two laws aimed at protecting young immigrants in Illinois, including those whose parents are deported.

One law extends the time a child can have a short-term guardian if their parents are detained or deported by federal immigration authorities. The law doubles the amount of time from one to two years.

The other is intended to help young immigrants seeking special visas as victims of abuse or neglect. The law authorizes juvenile, family and adoption courts to move forward with and grant a petition for what's called special immigrant juvenile status.

The Democrat says the President Donald Trump's administration has "demonized" immigrants and the new laws will help protect them.