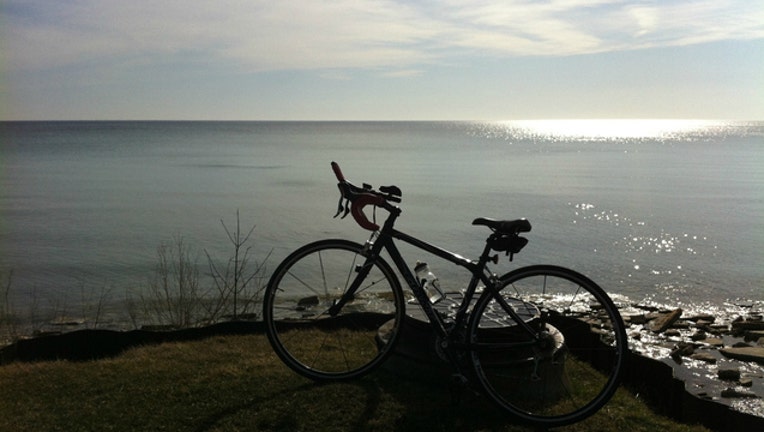 CHICAGO (AP) - A suburban Milwaukee city won a hard-fought battle Tuesday to draw its drinking water from Lake Michigan in the first test of a compact designed to safeguard the Great Lakes region's abundant but vulnerable fresh water supply.

A panel representing governors of the eight states adjoining the lakes unanimously approved a proposal from Waukesha, Wisconsin, which is under a court order to find a solution to radium contamination of its groundwater wells. The city says the project will cost $207 million for engineering studies, pipelines and other infrastructure.

Waukesha is only 17 miles from the lake but just outside the Great Lakes watershed. That required the city of about 72,000 to get special permission under the compact, which prohibits most diversions of water across the watershed boundary.

The 2008 pact established a potential exception for communities within counties that straddle the line. Waukesha is the first to request water under that provision.

"There are a lot of emotions and politics surrounding this issue, but voting yes — in cooperation with our Great Lakes neighbors — is the best way to conserve one of our greatest natural resources," Michigan Gov. Rick Snyder said.

Fear that Waukesha would set a precedent for a host of supplicants was one of the biggest obstacles in the city's quest to tap Lake Michigan, which began several years before the compact was signed.

The Canadian provinces of Ontario and Quebec adopted nearly identical legislation, although only the states were given legal authority to consider requests for U.S. water diversions.

The city won a conditional endorsement last month from another regional panel after making numerous changes. They included reducing the volume it would withdraw daily from 10.1 million gallons to 8.2 million gallons and shrinking its water service area.

Waukesha said it would remove only a tiny fraction of Lake Michigan's supply and return the same amount as treated wastewater.

"There will be virtually no net loss of water volume to the Great Lakes," said Minnesota Gov. Mark Dayton, whose state abstained from last month's preliminary vote because of lingering concerns that he said Tuesday had been resolved.

Amendments approved by the governors' representatives empower the states to enforce all provisions in the agreement with Waukesha.

Mayor Shawn Reilly said the city respected the conditions "and we are committed to compliance." It will be at least a couple of years before Lake Michigan water begins flowing to Waukesha, he said.

A Minnesota-based environmental coalition and the Sierra Club's Wisconsin chapter voiced disappointment with the governors' decision, as did Michigan's attorney general and two members of Congress. Critics said Waukesha had not exhausted other options, such as treating its groundwater for contamination.

"Waukesha has known about elevated radium levels in their water supply for decades and has failed to act," Reps. Debbie Dingell and Candice Miller of Michigan said, describing the decision as a failure for the compact that would undermine the region's water security.

Other environmental groups that had opposed the plan before it was amended offered cautious support.

In a 2013 report, the Alliance identified eight other cities near the watershed as potential suitors for Great Lakes water if Waukesha were approved, although none have announced such plans.

Dan Injerd, the Illinois representative at Tuesday's meeting, said the fact that Waukesha spent a decade and millions of dollars on its bid would be a strong deterrent, showing that accessing Great Lakes water is "an extraordinarily difficult challenge."