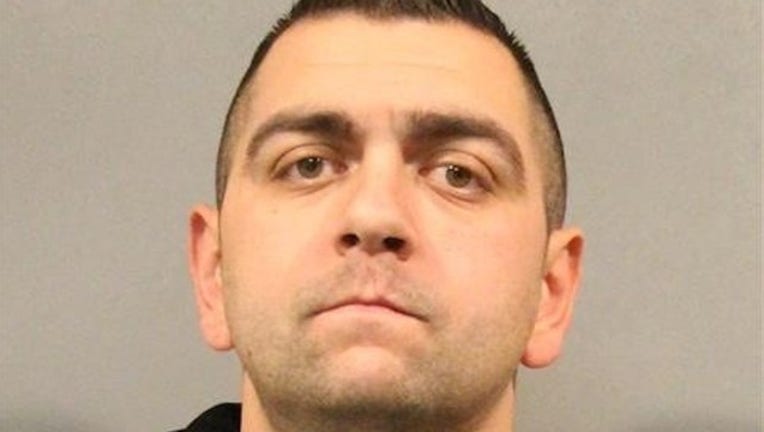 LOWELL, Ind. (Sun-Times Media Wire) - A Hammond police officer was charged with DUI after an Indiana state trooper allegedly saw him driving erratically and pulled him over early Saturday in Lowell.

The trooper was conducting a traffic stop on I-65 just north of the Lowell/Hebron exit about 2 a.m., according to a statement from Indiana State Police. During the stop, the trooper saw a black 2007 Honda Civic passing in the left lane veer abruptly over to the exit ramp to State Road 2, nearly running off the roadway in the process and driving on the shoulder.

The trooper ended the traffic stop in order to pursue the Honda, which continued to weave while driving west in the right shoulder of State Road 2, state police said. The trooper pulled the Honda over just west of the Indiana State Police post and smelled alcohol on the driver’s breath.

The driver, 30-year-old Mathew L. Anderson of Hammond, told the trooper he had weapons in the vehicle and that he was a Hammond police officer, state police said. Anderson refused to perform field sobriety tests or breath tests and was taken into custody.

He was charged with two counts of operating a vehicle while intoxicated and unsafe lane movement, state police said. He was taken to the Lake County Jail and his bond was set at $1,000.