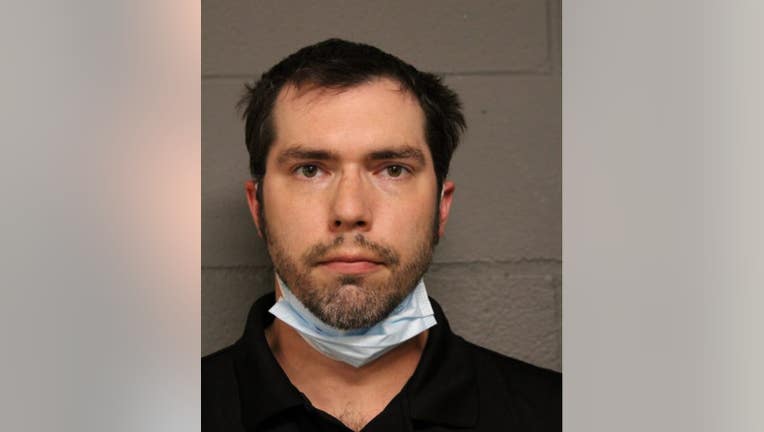 HANOVER PARK, Ill. - A Hanover Park man is accused of traveling to meet an undercover SVU investigator, who was posing as a 15-year-old girl.

John B. Schulz, 36, has been charged with traveling to meet a minor, grooming and manufacturing harmful material.

Earlier this month, Schulz allegedly initiated a conversation on a social media app with an undercover SVU investigator, who was posing as a 15-year-old girl.

Over the course of several days, detectives say Schulz sent sexually explicit messages to the undercover investigator — including images of his penis and videos of him engaged in sex acts.

Schulz expressed desire to meet for sex, and investigators arranged to meet him on Wednesday in a Des Plaines strip mall parking lot.

When he arrived, SVU investigators began to approach the vehicle. Schulz then sped away.

Investigators went to Schulz's home, and placed him under arrest upon his return to the residence.

Schulz allegedly told investigators that he believed he was meeting a 15-year-old girl and intended to engage in sex acts in his vehicle.