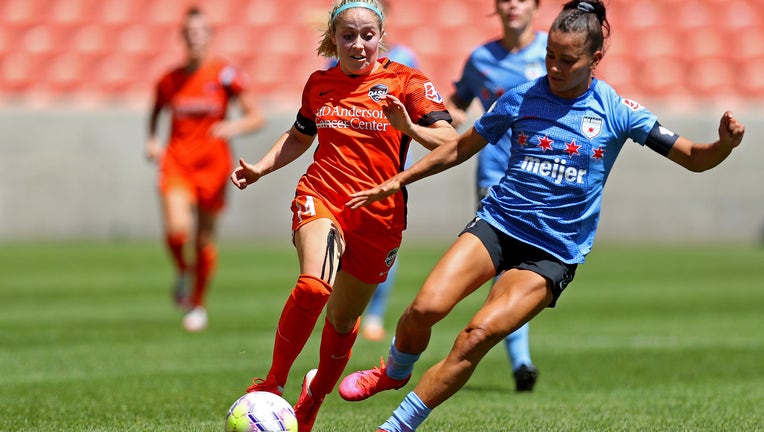 Brianna Visalli #14 of Houston Dash defends Sarah Gorden #11 of Chicago Red Stars during the second half in the championship game of the NWSL Challenge Cup at Rio Tinto Stadium on July 26, 2020 in Sandy, Utah. (Photo by Maddie Meyer/Getty Images)

SANDY, Utah - Sophie Schmidt scored on an early penalty kick and Shea Groom added a stoppage-time goal to give the Houston Dash the Challenge Cup tournament championship with a 2-0 victory over the Chicago Red Stars on Sunday.

The month-long tournament was National Women's Soccer League re-boot after the regular season was shut down by the coronavirus outbreak.

Houston, in its seventh year in the league, had never previously made the playoffs.