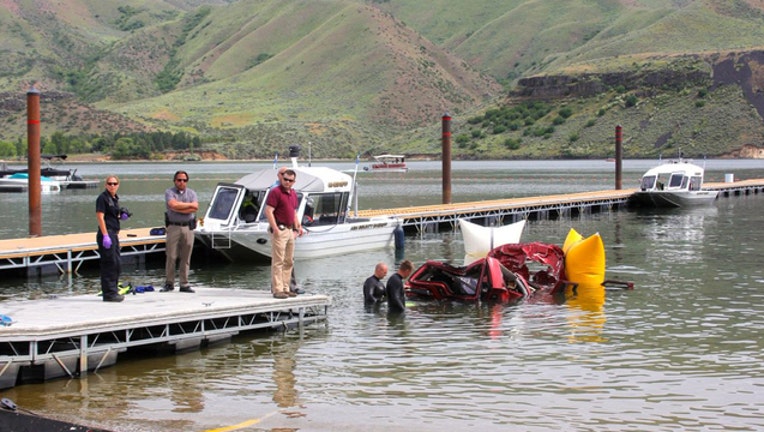 The Ada County Coroner’s Office said the deaths in the June 2, 2016, crash were ruled a triple-homicide suicide.

Noel Bankhead, 40, drove a Land Rover off a 50-foot cliff with her daughters and son inside, officials said. The vehicle sank in 40 feet of water in Lucky Peak Lake.

The bodies of Bankhead, Anika Voermans, 13, Logan Voermans, 11, and Gwyneth Voermans, 8, were recovered and the car, with a crushed roof, was pulled from the reservoir.