After a four-year federal review process, the Obama Foundation announced Wednesday it intends to break ground on the Obama Presidential Center later this summer.

SPRINGFIELD, Ill. - There is a push for a statue of former President Barack Obama to replace the statue of Stephen Douglas at the Illinois State Capitol in Springfield.

After a tumultuous year where racial injustice took center stage and the history of the United States was being questioned by some, legislators in Illinois and across the country are now taking a close look at statues throughout Capitol grounds and cities, and what they actually represent.

Last year, statues of Stephen Douglas in Illinois were removed amid criticism that he was a slave owner.

Rep. Flowers said Wednesday that the Capitol building in Springfield does not acknowledge Obama's tenure in the General Assembly.

"There is no evidence that he was ever even here in Springfield and that he served as a state senator for eight years," Flowers said.

Other controversial statures throughout the state include Pierre Menard and Christopher Columbus.

Italian American groups in Chicago are in an ongoing battle with Mayor Lori Lightfoot regarding the removal of the Columbus statues in Grant Park and Little Italy. 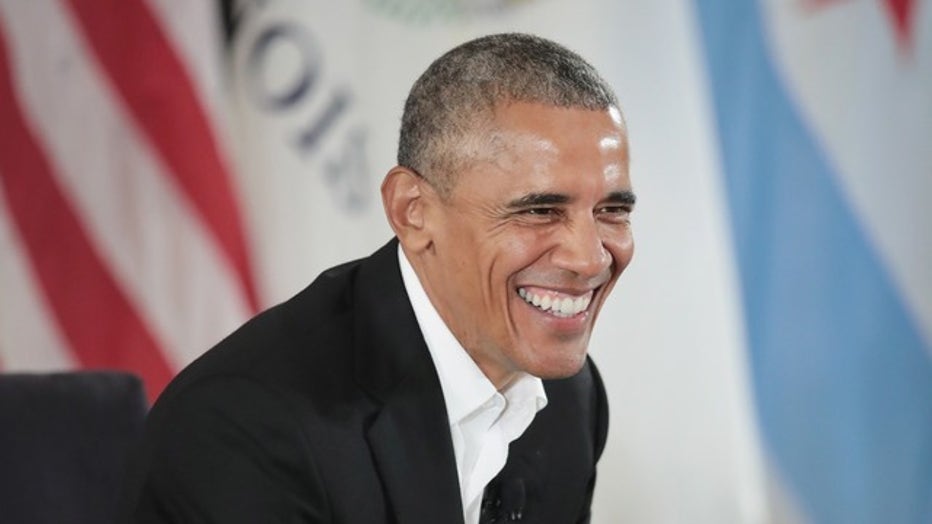 Former President Barack Obama moderates a roundtable discussion at the South Shore Cultural Center about the Obama Presidential Center on May 3, 2017 in Chicago, Illinois. (Photo by Scott Olson/Getty Images)