A Republican lawmaker says he will try to put something on this fall's ballot that has never been there before: a referendum giving Illinois voters a chance to fire their governor.

SLEEPY HOLLOW, Ill. - A Republican lawmaker says he will try to put something on this fall's ballot that has never been there before: a referendum giving Illinois voters a chance to fire their governor.

Governor JB Pritzker seems unconcerned, perhaps because there is not much time left to meet all the requirements for a first-ever recall election in Illinois.

After the arrest and impeachment of Rod Blagojevich, the Illinois Constitution was amended to allow voters to throw out a governor in the middle of his term. An outspoken critic of Pritzker wants him to be the first ever.

“Still, this unemployment system isn't working correctly. I still have dozens of phone calls every single day. Something had to be done,” said state rep. Allen Skillicorn of northwest suburban Sleepy Hollow.

Skillicorn argues that the threat of recall would put pressure on Pritzker to improve handling of applications for unemployment benefits.

“We acted as quickly as we could with a system where, frankly, you can't just snap your fingers and replace. You have to, as I have often said, you're building the plane while trying to fly it,” the governor said Tuesday. 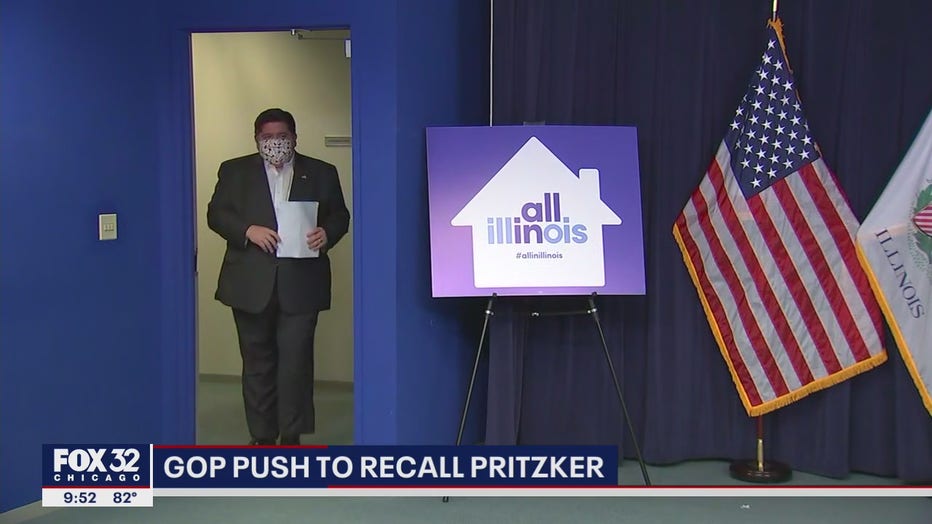 Pritzker seemed unconcerned when asked about the prospect of a potential recall. Skillicorn and his allies have only three weeks to collect 600,000 valid voter signatures, and they need endorsements from 30 members of the General Assembly -- half of them Democrats, half Republicans.

“It's not an easy system. It's actually designed to fail. I mean, we're really gonna have the standard where the people have to ask the legislature to recall their governor?” Skillicorn said.

Recall is now a possibility largely because former Governor Pat Quinn pushed hard for it back in 2010. Quinn told FOX 32 he believes Pritzker will not be recalled, because he says his fellow Democrat is doing a good job in a tough situation.