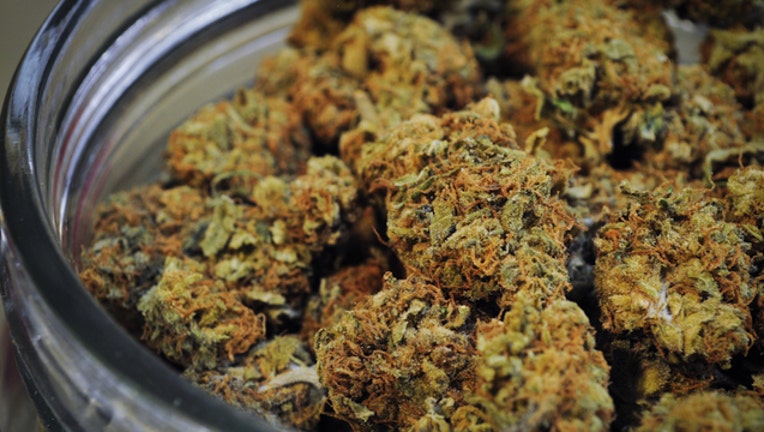 Joseph Wright, 32, who was in the position for just over one year, told The Associated Press on Monday he felt the time was right to seek other opportunities, possibly in the medical cannabis industry.

Wright, who resigned Friday, was paid $53,770 last year, according to a public database of state employee salaries. He will be replaced by Jack Campbell, the program's bureau chief in the Department of Agriculture, Kelly said.

Campbell, 51, the incoming program director, has a background in law enforcement. In 2014, he lost a GOP primary election for Sangamon County sheriff. He continued working as a sergeant for the county until retiring in early January. His state medical marijuana job began last summer under a contract that paid him $45 an hour.

"Joe moved the implementation of the program through some difficult phases including the first sales of cannabis to patients," Morgan said. Campbell, the incoming director, "has a strong reputation for how he has engaged with (marijuana) cultivation centers" during inspections.

If Wright lands a job in the medical marijuana industry, he will be following in Morgan's footsteps. Morgan, appointed by former Gov. Pat Quinn, now advises clients in the marijuana industry, writes "Pot Czar Blog" and is president of the Illinois Cannabis Bar Association. Illinois' ethics law for state employees could affect what positions Wright would be able to take. The "revolving door" provisions of the Ethics Act are meant to reduce former state workers from undue influence over lucrative contracts.

The change in leaders comes as Rauner considers signing a bill to extend the pilot program by 2 1/2 years and adding post-traumatic stress disorder and terminal illness to the list of qualifying conditions. Democratic state Rep. Lou Lang announced last month that he, the Republican governor and the GOP's House leader agreed to extend Illinois' four-year pilot program until July 2020.

Wright was an assistant general counsel in Rauner's office when the governor tapped him to lead the marijuana pilot program last June. He was the second person to head the program, succeeding Morgan.

"I'm proud of the accomplishments of the past year, getting the program up and running in six months from the time I started and the consistent growth since sales started in November," Wright said.

Lang, a longtime champion of medical marijuana in the Legislature, said Monday he was just learning of the leadership change.

"Let's be hopeful the new leader of this program is one who wants to help the program be viable," Lang said.