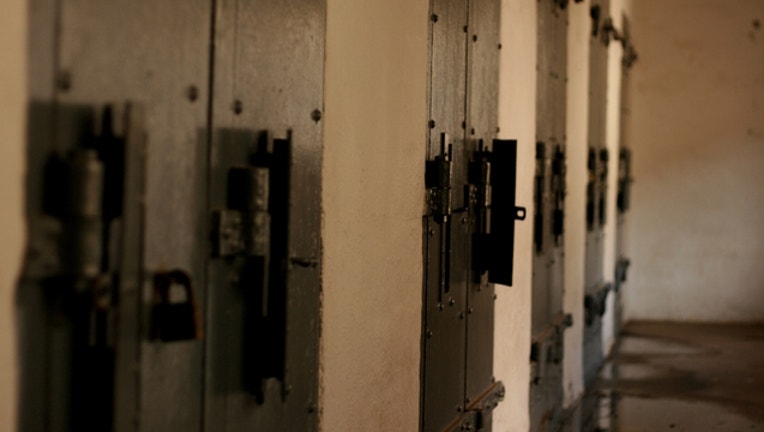 SPRINGFIELD, Ill. (AP) — Brian Nelson's years in solitary confinement left him terrified of other people, and he says he can still taste the concrete dust from his cell, even though he's been free since 2010.

The 51-year-old is afraid to ride the bus, he takes five psychotropic drugs and sees a psychiatrist every week. Even when he's at a park surrounded by grass, he says everything starts turning gray and he remembers how tiny air pockets in the walls kicked up dust whenever he'd clean his cell at a now-shuttered maximum security prison in Tamms, in Illinois' southern tip. There he was confined for the final 12 years of a 26-year sentence for murder and armed robbery.

"Those four walls beat me down so bad," he told members of an Illinois House committee during a recent emotional hearing on the state's solitary confinement practices.

Stories like Nelson's have led Illinois lawmakers to push prisons to restrict the use of solitary confinement, joining a national movement that has policymakers rethinking the longstanding form of punishment that critics say has a profound psychological impact on inmates.

Legislation sponsored by Democratic Rep. La Shawn Ford, of Chicago, would limit solitary confinement to no more than five consecutive days and five total days during a 150-day period. That would be a dramatic change from the current rules, which allow prisons to isolate inmates for weeks or years at a time.

The bill, which got the House committee's initial approval on Wednesday, would also require prisons to allow inmates in solitary to spend four hours per day outside of their cells. The measure awaits a vote by the full chamber.

"If a bill like this passed, it would be a real milestone in solitary reform," said Jean Casella, the co-director of Solitary Watch, a Washington D.C.-based group that monitors the use of solitary confinement nationally.

State corrections officials oppose the measure, telling lawmakers it would go too far and that they want the chance to change things on their own.

"There are aspects, quite a few aspects of the bill, that seriously diminish the department's ability to separate the most violent offenders from the general population," said Mike Atchison, the chief of operations at the Illinois Department of Corrections. He said the department is in the process of finalizing new rules to reduce the use of solitary confinement.

As many as 82,000 inmates are in solitary on any given day, according to the National Conference of State Legislatures.

Illinois had about 1,978 inmates in solitary confinement as of April 14 for disciplinary reasons. Another 148 are there for their own safety or other reasons. The state has an estimated 45,000 inmates overall, meaning Illinois is just over the daily national average of 4.4 percent for prisoners in segregation, according to federal data.

Illinois opponents of solitary confinement say many inmates are put there for minor infractions. But the most recent breakdown available, which the state provided last year to the Uptown People's Law Center, is from 2008. The group, where Nelson now works to help inmates find legal representation, is suing Illinois over its use of solitary confinement.

The 2008 figures show that out of the 12,332 inmates placed in segregation that year, nearly a third were punished for violating rules or disobeying an order.

Atchison told lawmakers that he agrees the system needs to be improved, but he insisted that segregating some inmates is necessary.

"We have an obligation to protect other offenders," he said.

Find Ivan Moreno on Twitter at http://twitter.com/IvanJourno . More of his work can be found at http://bigstory.ap.org/content/ivan-moreno .