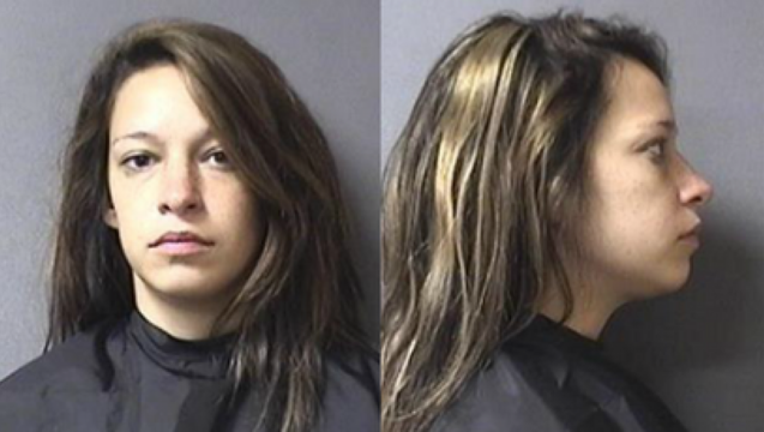 Jennifer K. Ost is accused of leaving her child in a hot car during a Department of Child Services interview.

FOX NEWS - An Indiana mom was arrested Tuesday for allegedly leaving her toddler in a hot car during a Department of Child Services interview with her newborn, according to a report.

Jennifer K. Ost, 27, arrived with her newborn to an appointment with a DCS at Community Pediatrics in Anderson – about 45 miles northeast of Indianapolis, Fox 59 reported. According to court documents, she gave birth to her son four days earlier and signed him out of the hospital against medical advice.

Police said the appointment was scheduled at 2:30 p.m. but Ost arrived at 2:40 p.m. After a physician examined her baby, she became “belligerent” and started cursing at the DCS employee during the interview, court documents said.

The hospital received a phone call around 4:30 p.m. regarding a small child in the parking lot, Fox 59 reported. A police officer found a young boy in the car, watching a movie on cell phones. It was reportedly 86 degrees outside.

Police said all of the car windows were closed and the child was sweating profusely. The officer brought the boy inside, court documents said. Police determined the car belonged to Ost after running the license plate, Fox 59 reported.

Ost allegedly told authorities that her toddler did not want to come to the appointment with her so she left him in the car. Ost was arrested and charged with neglect of a dependent. Both of her children were taken into DCS care, Fox 59 reported.