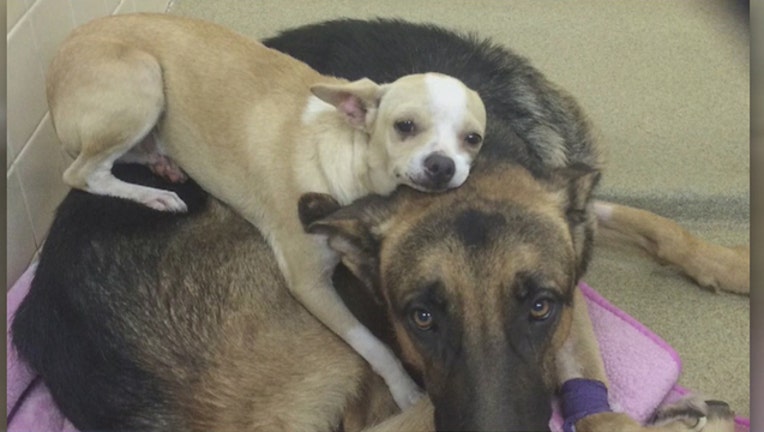 PHOENIX - The Arizona Humane Society says a forever home has been found for two dogs that became inseparable. "Jefe" the Chihuahua, and a German Shepherd named "Jericho" were a package deal. Jericho had Valley Fever, and will require daily medication.

When they were found, Jefe was laying on top of Jericho, and when emergency animal medical technicians tried to separate them, Jefe became frantic.

AHS stated the adoption fee would be waived for the family that took the pair home.