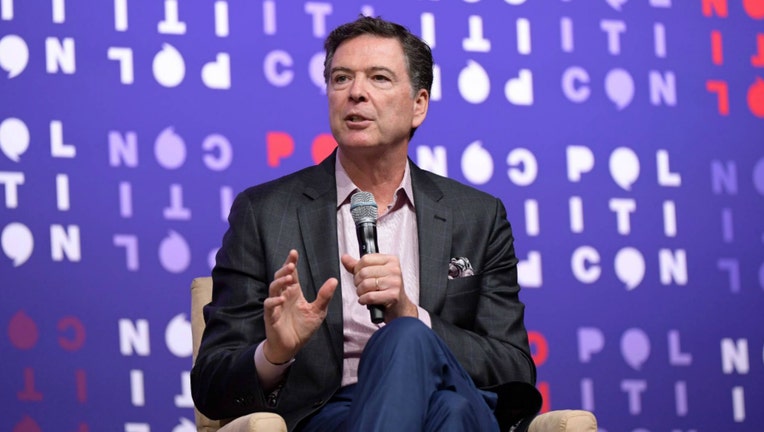 James Comey speaks onstage during the 2019 Politicon at Music City Center on October 26, 2019 in Nashville, Tennessee. (Photo by Jason Kempin/Getty Images for Politicon)

Comey spoke to 300 students at the University of Chicago Law School on Tuesday, saying that the country "is being stress tested" under President Donald Trump but that the U.S. Constitution is working.

Comey argued the nation had been "more screwed up" in the past, including 100 years ago when he noted that millions of Americans claimed membership in the racist Ku Klux Klan.

Comey peppered his hour-long talk with references to Trump, once calling him "deeply insecure." But Comey steered clear of certain sensitive topics, including impeachment proceedings against Trump.