TOKYO - A Japanese man, who has a sweet tooth and believes smiling may be the secret to his longevity, has officially been named the world’s oldest living man at 112 years and 344 days old.

Chitetsu Watanabe, from Niigata, Japan, was recognized Feb. 12 by Guinness World Records when he received a certificate at his nursing home.

Watanabe was born in Niigata in northern Japan on March 5, 1907, as the first of eight children in his family, Guinness said. 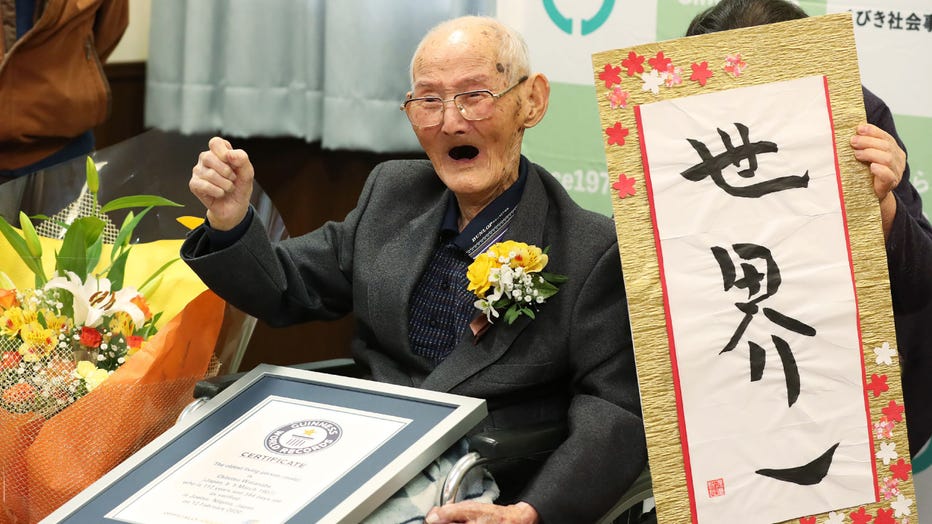 In this Japan Pool picture received via Jiji Press on Feb. 12, 2020, 112-year-old Japanese man Chitetsu Watanabe poses next to calligraphy reading in Japanese 'World Number One' after he was awarded as the world's oldest living male in Niigata. (Phot

He went to agricultural school and moved to Taiwan after graduation to work at Dai-Nippon Meiji Sugar on sugar cane plantation contracts. During his 18 years in Taiwan, he also married his wife, Mitsue, and the couple had four out of their five children there, Guinness said in a statement.

After World War II, Watanabe returned to Niigata and worked at an agricultural office until retirement. He also grew fruit and vegetables on the family farm until he was 104, Guinness said.

Until about a decade ago, Watanabe used to do bonsai, the Japanese traditional art of raising small sculpted trees, and had his work exhibited.

Due to his many years working for a sugar company, Watanabe loves sweet things — particularly brown sugar. But since he has lost his teeth, he now enjoys “sweets that don't need a lot of chewing,” such as custard pudding, Guinness said.

In an interview with a local paper in January 2019, Watanabe said the secret to his longevity is to "not to get angry and keep a smile on your face." 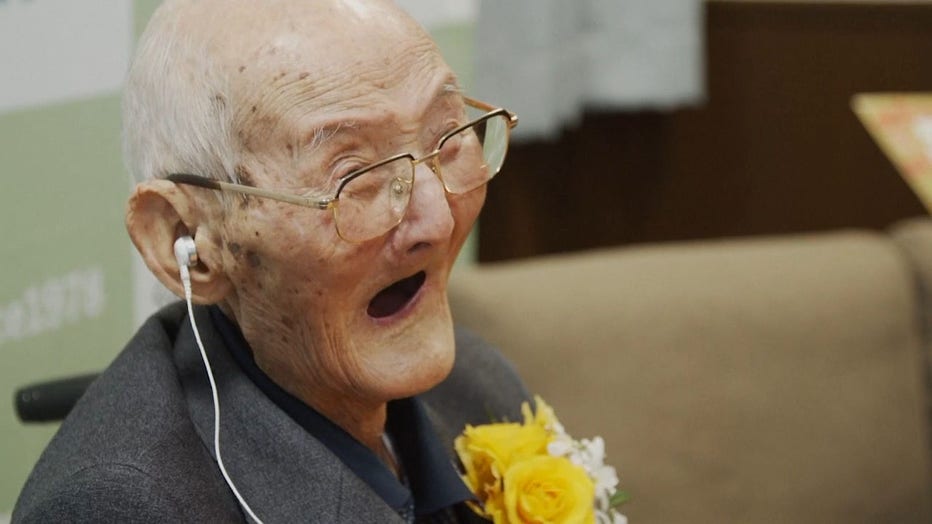 Chitetsu Watanabe worked on sugar cane plantation contracts in Taiwan, and later at a Japanese agricultural office until retirement. He also grew fruit and vegetables on the family farm. (Photo credit: Guinness World Records via APTN)

"I've lived together with him for over 50 years, and I've never seen him raise his voice or get mad. He's also caring," Yoko Watanabe said, according to Guinness. "When I was working on my patchwork hobby, he was the one who praised my work the most. I think having lived with a big family under one roof, mingling with his grandchildren and great-grandchildren helped keep a smile on his face as well."