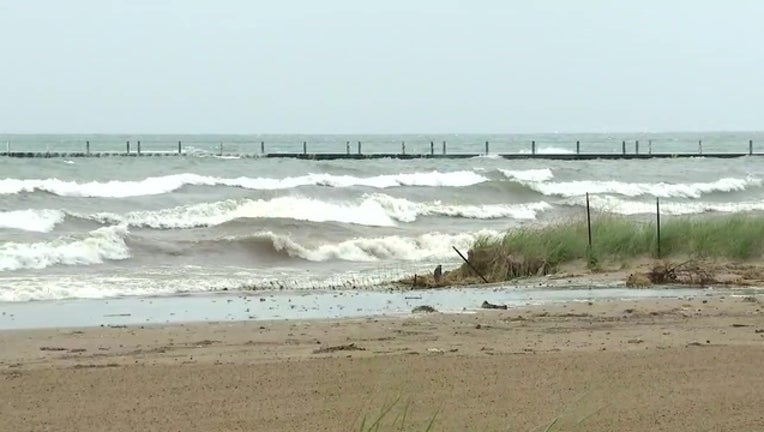 CHICAGO (Sun-Times Media Wire) - A section of the Lakefront Trail was closed Thursday because of flooding and high waves along the shore of Lake Michigan.

The trail was closed between Fullerton and Ohio, according to the Chicago Department of Emergency Management and Communications.

The advisory is in effect until 4 p.m., along with a beach hazard statement that warns of waves between 5 and 7 feet tall along the Chicago shoreline, according to the National Weather Service. Waves along the lakefront in Indiana could reach up to 11 feet. “Strong, life-threatening” currents will also pose a risk to anyone who gets swept into the water.

The Chicago Park District is warning anyone visiting city beaches Thursday to stay out of the water because of the dangerous conditions.

NWS meteorologist Ricky Castro said the lake is at near-record levels because of the large amount of rain the region has gotten over the past few months. The city set a record for May rainfall with 8.25 inches recorded last month.

Castro said the rainfall has been exacerbated by cool and cloudy weather, which has prevented water in the lake from evaporating. He said the water level for Lake Michigan is about 2.5 feet higher than the average for this time of year.