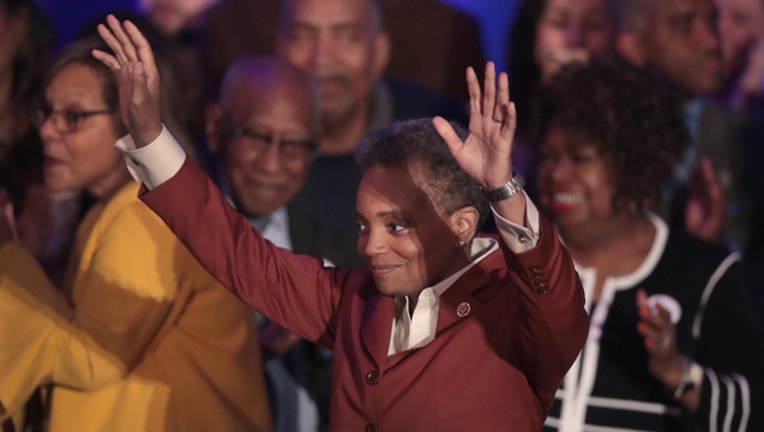 CHICAGO (AP) - Lori Lightfoot will be sworn in as Chicago's next mayor during an inauguration ceremony at the city's Wintrust Arena.

Lightfoot's office has released details for the May 20 event. The official ceremony is to begin at 10 a.m. and include several musical performances including the Chicago Sinfonietta, Puerto Rican Arts Alliance and Latin Music Program and the Chicago Gay Men's Chorus. The inauguration is open to the public and tickets are free. The swearing-in also will be livestreamed.

After the inauguration Lightfoot and her wife plan an open house at the mayor's office in City Hall. Voters in Chicago last month elected Lightfoot the first black female mayor of Chicago. The May 20 inauguration also will include swearings-in of city Clerk Anna Valencia and city Treasurer-elect Melissa Conyears-Ervin.