LINCOLNSHIRE, Ill. - A police officer was injured while attempting to protect motorists from a reckless driver Thursday night in northwest suburban Lincolnshire.

About 5:23 p.m., officers responded to several 911 calls reporting a reckless driver blocking traffic in the area of northbound Milwaukee Avenue and Aptakisic Road, according to a statement from Lincolnshire police.

When police arrived on scene, the motorist began driving in circles through all lanes of Milwaukee Avenue traffic, the statement said.

One of the responding officers attempted to block northbound traffic to protect other motorists. After exiting her squad car, she was struck by the reckless driver, officials said. 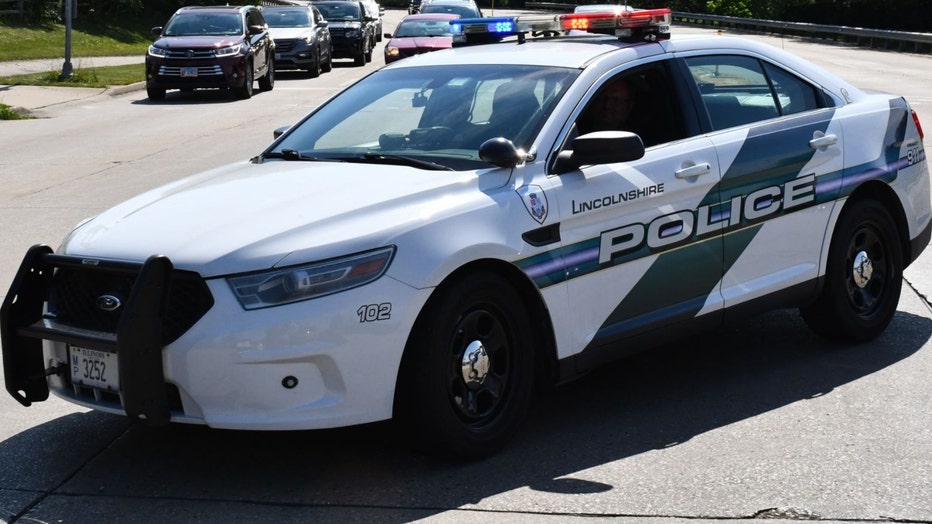 The driver then fled the scene at a high rate of speed and was pursued by police, but due to the recklessness of the driver, officers called off the pursuit to protect innocent civilians, according to the statement.

The injured officer was transported to Advocate Condell Medical Center in Libertyville with non-life threatening injuries, police said. She was treated and released.