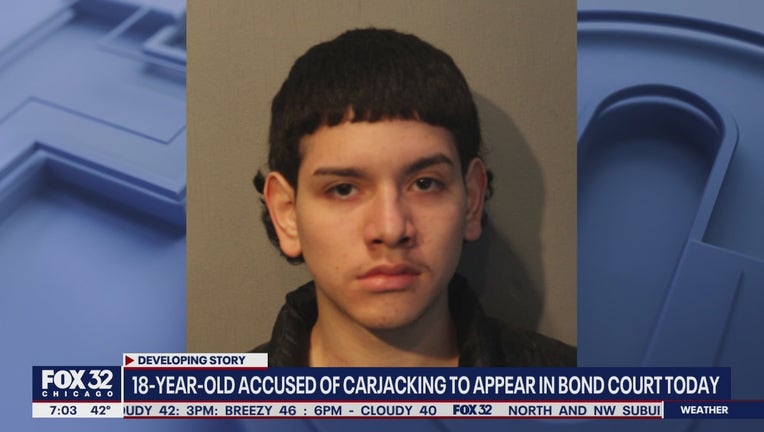 CHICAGO - An 18-year-old man faces felony charges after allegedly carjacking a 60-year-old woman at gunpoint last month in Scottsdale on the Southwest Side.

Edwin Arroyo was charged with one felony count of aggravated vehicular hijacking with a firearm, according to Chicago police.

Arroyo allegedly took the woman’s belongings and vehicle at gunpoint about 3:50 p.m. Feb. 22 in the 8300 block of South Kostner Avenue, police said.

He is scheduled to appear in bond court Sunday.

After 2 shot dead, 13 wounded, activist says need is for mental health care, not money for cops

This is not the time where it's just a bunch of gangs beefing over drugs and money and territory, Ja'Mal Green said. These are situations where people don't have conflict resolution skills. These situations can be prevented if we invested in what is the reality in these neighborhoods.