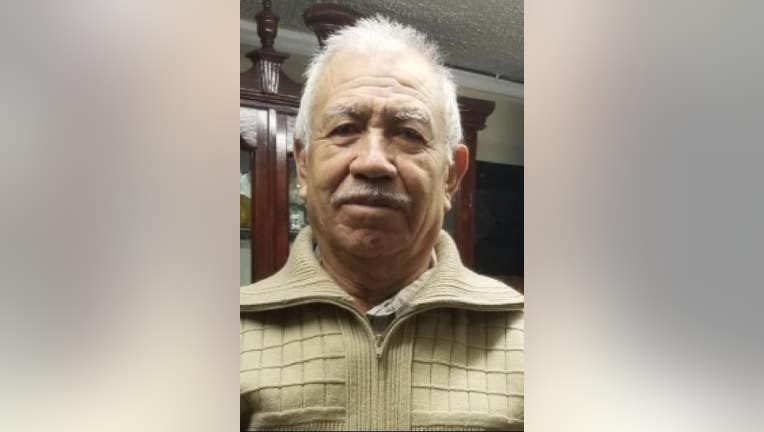 CHICAGO - A 78-year-old man has been reported missing from Gage Park on the Southwest Side.

Leonardo Delgado was last seen Tuesday in the 5500 block of South Sawyer Avenue, according to a missing persons alert from Chicago police.

Delgado, who has diminished memory, is 5-foot-4, 140 pounds, with brown eyes, gray hair and has a medium-brown complexion, police said.