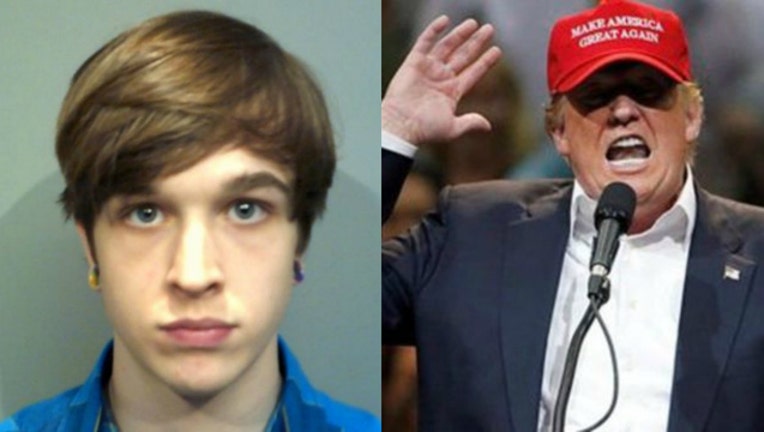 WATERBURY, Conn. (AP) - A 20-year-old Connecticut man is facing charges after authorities say he tweeted out a bomb threat during a Donald Trump rally Saturday.

Connecticut State Police say the U.S. Secret Service contacted them Saturday afternoon after they say Sean Morkys posted on Twitter, "Is someone going to bomb the trump rally or am I going to have to?"

Police say that tweet was followed by another warning a friend to have his family members leave the rally so they wouldn't get hurt.

Authorities tracked the tweets to a Waterbury home, where they found Morkys. After determining he didn't pose an immediate threat, he was taken into custody and released on $25,000 bond.

No one answered a phone call to the Waterbury home. Morkys hasn't responded to a separate request for comment.