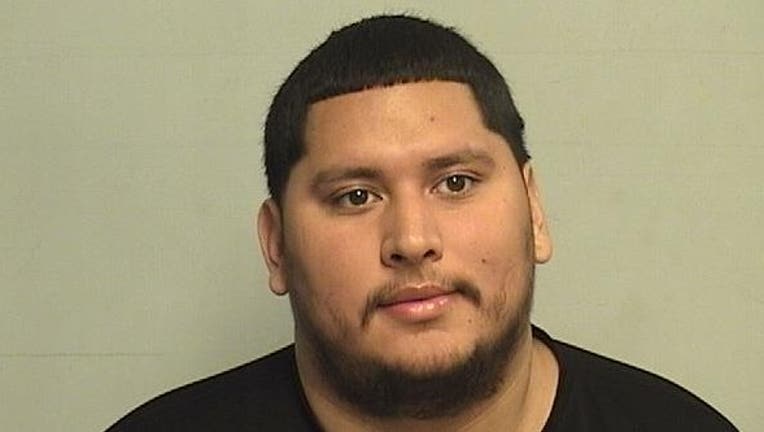 WAUKEGAN, Ill. - A man has been charged with a violent robbery last week in unincorporated Waukegan.

Eric Giles, 22, is charged with one felony count each of armed robbery and aggravated robbery for the Dec. 13 hold-up, according to a statement from the Lake County sheriff’s office.

A 41-year-old man was working on a vehicle about 3:50 p.m. when Giles and two other males entered the detached garage in the 36600 block of North Adelphi Avenue and confronted him, the sheriff’s office said. They ordered him to hand over his cash, his cellphone and the jewelry he was wearing.

After the man handed over everything they demanded, Giles shoved him to the ground and one of the other suspects hit him multiple times with a metal pipe, the sheriff’s office said. The suspects ran away and the man was taken to a hospital with injuries that were not thought to be life threatening.

Detectives identified Giles as one of the suspects in the robbery and obtained a warrant for his arrest on Monday, the sheriff’s office said. He turned himself in Wednesday morning after learning about the warrant and was ordered held at the Lake County Jail on $500,000 bail during a hearing later that day.

Giles, who lives in Waukegan, is due back in court on Friday, the sheriff’s office said.