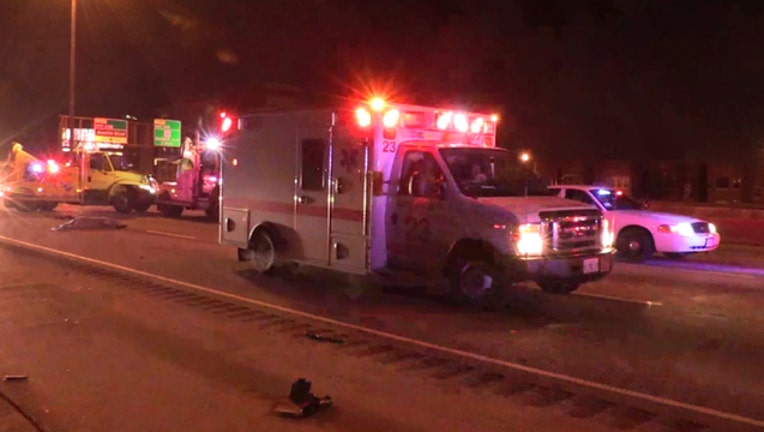 A man was fatally struck by a van on the Eisenhower Expressway late Tuesday. | NVP News

CHICAGO (SUN TIMES MEDIA WIRE) - A man was fatally struck by a van Tuesday night on the Eisenhower Expressway.

About 11:10 p.m., 24-year-old Marcus J. Neely had stopped his vehicle to change a tire on the shoulder of the inbound lanes of I-290 near Central Avenue when he dropped a flashlight in the roadway, authorities said.

When he attempted to retrieve the flashlight, he was struck by a van, according to Illinois State Police.

Neely, of the 1800 block of South 20th Avenue in Maywood, was pronounced dead at the scene at 11:32 p.m., the Cook County medical examiner’s office said. No other injuries were reported.

An autopsy Wednesday found he died of multiple injuries from being struck and his death was ruled an accident.

The driver of the van stayed at the scene, police said. No citations or charges were issued.