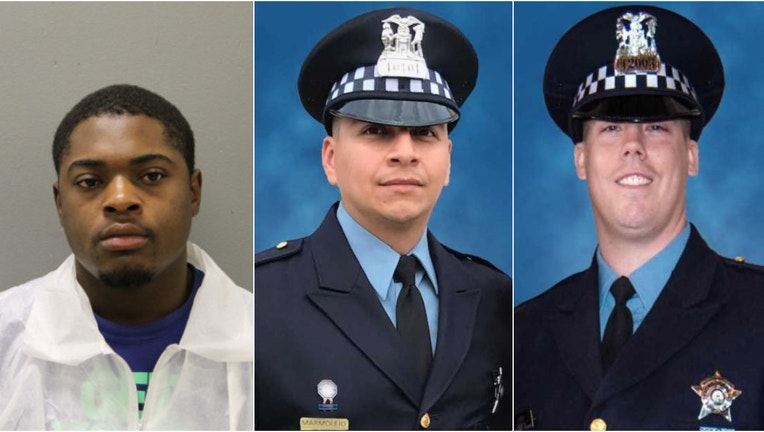 CHICAGO - A man who fired a gun he found on a Far South Side railroad line, leading two responding Chicago police officers to be struck and killed by a commuter train, was sentenced to a year in prison Wednesday, the Chicago Sun-Times is reporting.

Edward Brown found the gun in a fanny pack on Dec. 17, 2018 and decided to test it out on the South Shore Line tracks near the 600 block of East 101st Street, Cook County prosecutors said.

During a chase, the officers were struck from behind by a South Shore Line train, killing them both.

On Wednesday, Judge Diana Kenworthy sentenced Brown, 26, to prison after he pleaded guilty to one count of aggravated unlawful use of a weapon, the Sun-Times reported.