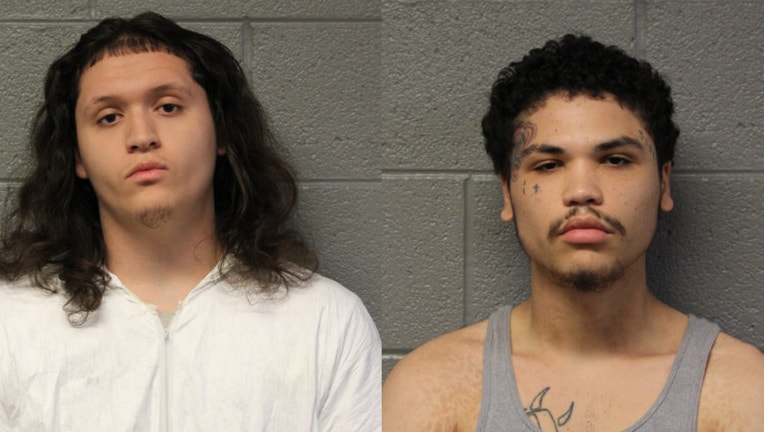 LYONS, Ill. - Two men, who were out on bond for other felony crimes, were arrested Tuesday for an attempted carjacking in Lyons.

Justin R. Lebron Jr., 20, of Cicero, and Cesar G. Lopez, 18, of Waukegan, have been charged with attempted aggravated vehicular hijacking.

Lebron was also charged with reckless discharge of a firearm.

"One offender was out on bond for murder," Chief Herion said. "The other was wearing an ankle bracelet under house arrest already and charged with Unlawful Use of a Weapon, Firearm. They should never been on the street to commit another crime."

The attempted carjacking occurred around 2 p.m. Tuesday in the 7700 block of 45th Place.

One round was fired at the scene, but no one was injured, police said.

Both suspects fled the scene, but were captured and taken into custody.

Victims were also able to positively identify both offenders.

A handgun was also recovered from the suspects, police said.

Lebron has two previous arrests and convictions for unlawful possession of a firearm and defacement of a serial number. He was on electronic monitoring at the time of his arrest.

Lopez was on release from Cook County custody for a 2020 murder charge and is pending trial.