A man enraged over being dumped by his girlfriend is now in prison after stomping her cat to death.

HOUSTON - A woman who witnessed the cat being attacked called 911.

"He stomped the cat and the cat just sat there and literally died in front of us," the witness said to the 911 dispatcher.

It happened at the Normandy Woods Apartments at 695 Normandy Street.

"The girlfriend was actually packing his stuff and was moving him out of the apartment and he went into a rage over the breakup," said Harris County Assistant DA Jessica Milligan.

The witness who called 911 told police she heard what sounded like a cat yelling.

"This individual decided to assault his cat apparently instead of assaulting his girlfriend so he kicked the cat two times like a soccer ball and stomped on the cat several times causing its death," Milligan said.

The witness says she saw Thrasher clinch his fist and flex his muscles toward his girlfriend. 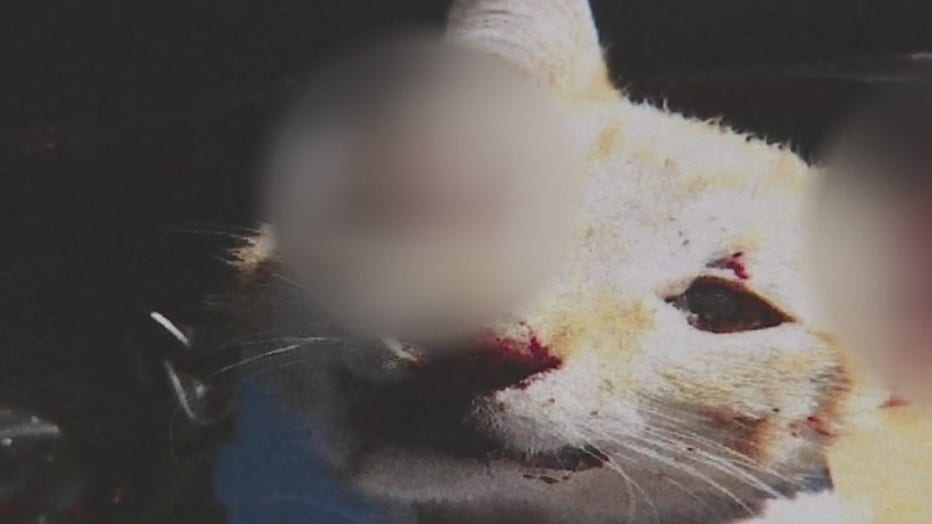 Police say she sped off and Thrasher threw the dead cat in a dumpster.

Police arrested him at a nearby Valero.

Thrasher was apparently hoping to get probation.

But the judge took another assault he commit in 2014 against his 73-year-old great grandmother.

Milligan says Thrasher pushed her down and stole her cell phone so she could not call 91.

Thrasher became angry when she asked him not to smoke marijuana in the house.