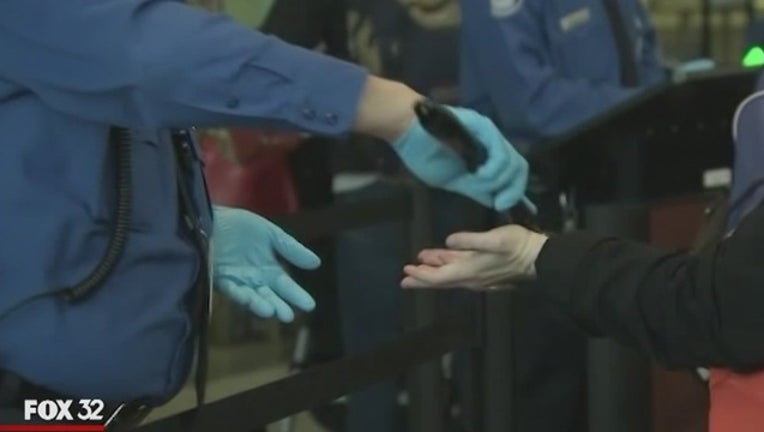 WASHINGTON (AP) - The Transportation Security Administration has ousted its head of security operations and put new leadership in charge of screening operations at a major international airport, but long checkpoint lines and travel headaches already pervading the busy summer travel season are likely to continue.

Kelly Hoggan was removed from his post as the agency's top security official Monday and replaced by a former federal security director in Los Angeles and New York, Darby LaJoye.

Hoggan's ouster and a new management team in charge of screening operations at Chicago O'Hare International Airport were announced Monday after a series of Capitol Hill hearings focused on allegations of agency mismanagement and growing concerns about airport wait times.

The issue came to a head in recent weeks when thousands of passengers in Chicago missed flights because of lengthy wait times.

But the management moves don't appear to fix the primary problem: The TSA doesn't have enough security screeners to quickly screen growing crowds of travelers and their sometimes overstuffed carry-on luggage.

TSA Administrator Peter Neffenger has said the problem was created by a combination of factors, including that more people are flying this year and fewer than anticipated have applied for the government's PreCheck program, which allows passengers to move through security faster after submitting to a background check.

In a memo to senior TSA leadership obtained by The Associated Press, Neffenger said the management shake-up and other changes "will enable more focused leadership and screening operations at critical airports in the national transportation system."

Last month, Neffenger told reporters the agency had also stepped up its hiring and training to put more security officers at checkpoints as quickly as possible and expects to have 768 new screeners on staff by mid-June.

Homeland Security Secretary Jeh Johnson, who oversees TSA and has addressed the security line delays in recent weeks, told National Public Radio Tuesday that TSA officers are being moved to staff checkpoints at the busiest airports at the busiest times.

But that is a stopgap measure.

Johnson and some senators have also asked that airlines temporarily reduce or eliminate fees for checked bags to cut down on the amount of bags security screeners have to inspect at checkpoints.

Airlines have balked at the suggestion that bag fees have caused the long lines and instead blamed federal budget cuts and a reduction in TSA staff for the problems.

Johnson said the agency won't relax its security efforts in favor of shorter lines, but the TSA is working with airports and airlines to allow their employees to help with some non-security issues at the checkpoints.

Johnson said the average wait time nationally at regular security lines is about 30 minutes, while the expedited PreCheck lines have an average wait of about 5 minutes.

But those national averages come as little relief for travelers at some of the largest and busiest airports, so the TSA is still advising that passengers plan ahead.

Beyond the lengthy security lines, lawmakers have been pressing the TSA to address allegations of mismanagement.

The House oversight committee said Hoggan received more than $90,000 in bonuses over a period from late 2013 to late 2014, despite growing concerns about the agency's operations.

About a year later, a report from the Homeland Security Inspector General's office revealed that agency employees failed to find explosives, weapons and other dangerous items in more than 95 percent of covert tests at multiple U.S. airports.

The TSA did not say where Hoggan has been reassigned.