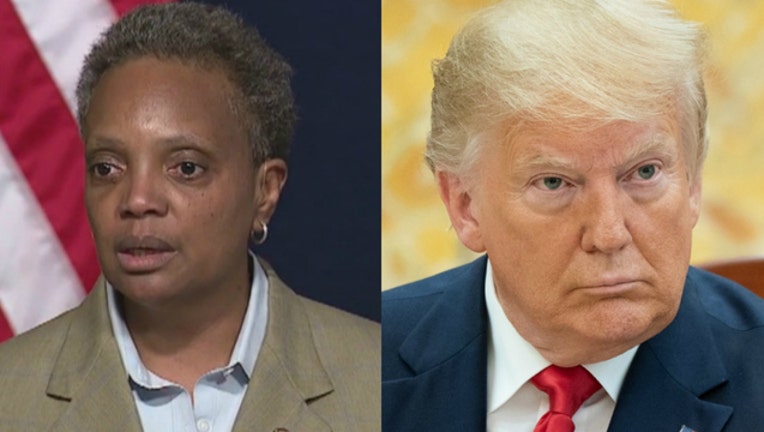 Lightfoot on Monday said Trump has blown every "racist, xenophobic dog whistle." She adds that when you do that "animals come out."

Illinois Gov. J.B. Pritzker also joined in the attacks on Trump's rhetoric. He says the president has created an environment that makes people feel "it's OK to attack people of color and immigrants in particular."

Lightfoot made her comments while lamenting Chicago's weekend gun violence, which left seven dead and more than 40 injured.

Of Chicago's gun violence, Lightfoot says the city and its residents has to stand up and "do a hell of a lot more than we've done in a very long time."