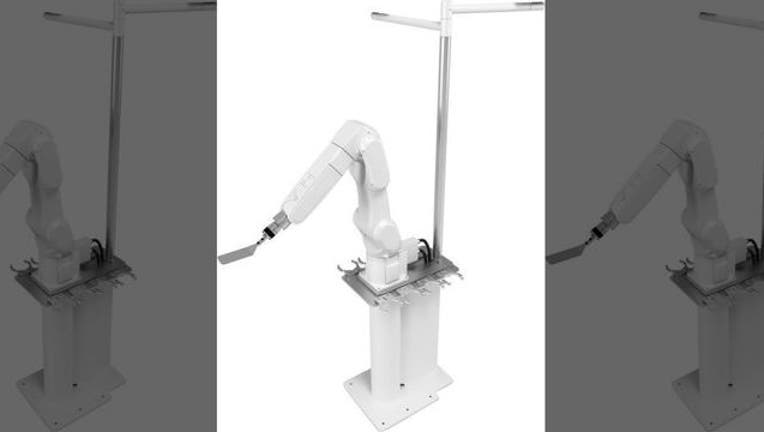 FOX NEWS - The concern that robots will take jobs is thrust back into the spotlight after a California-based burger chain has "hired" Flippy to be its latest grill cook.

According to KTLA-5, which was there for a preview event, Flippy is helping out Caliburger make California-style burgers and fries, providing a level of consistency to its cooked food.

"The key to success in the restaurant industry is consistency," said John Miller, CEO of Cali Group, the company that runs the chain. "So anytime you go to a Caliburger anywhere, you know that the patty will be cooked exactly the same."

The robot is developed by Miso Robotics, which describes Flippy as "The world’s first autonomous robotic kitchen assistant that can learn from its surroundings and acquire new skills over time."
Flippy needs to be trained by a human, with a co-worker of Flippy's putting raw patties on the grill and Flippy ultimately doing the rest.

Though consulting firm McKinsey estimates that as many as 800 million jobs could be lost by 2030 due to robotics and automation, CEO and co-founder of Miso Robotics, David Zito, said the kitchen will always have people in it and Flippy will help them.

"The kitchen of the future will always have people in it, but we see that kitchen as having people and robots," said Zito.

Others, have argued that the rise of robotics and artificial intelligence will actually help boost employment and lead to better- paying jobs.