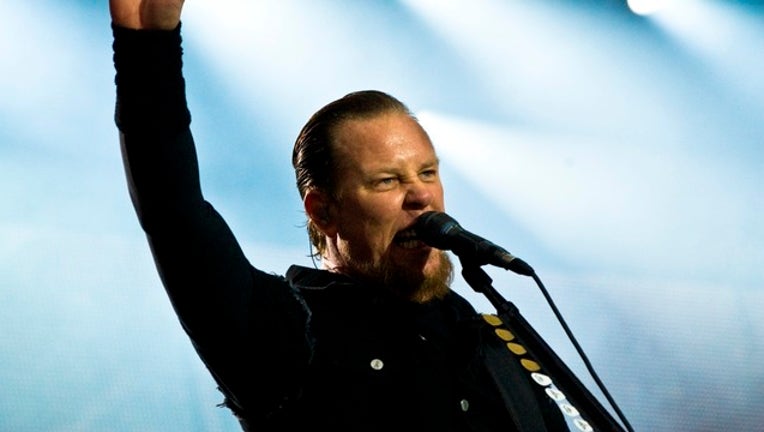 CHICAGO (FOX 32 News) - Metallica are hitting the road and will make a stop in Chicago this summer to promote their latest album, "Hardwired...To Self-Destruct."

The heavy metal rock outfit will bring their WorldWired tour to Soldier Field on June 18 with support from Avenged Sevenfold.

"It was one of the worst kept secrets in the touring world and now we’re here to finally make it official... yes, the WorldWired tour will be hitting the road in North America this summer for our first extended tour of the States and Canada since 2009," the band said in a statement on their website.

The band will play mostly football and baseball stadiums along with some festival dates during their 25-date North American tour.

A choice of a standard physical-release or standard digital copy of "Hardwired...To Self-Destruct" will be included with every ticket that's purchased.

The tour kicks off on May 10 in Baltimore.

* Every ticket purchased through official outlets includes your choice of a standard physical or standard digital copy of Hardwired…To Self-Destruct. Fans should expect to receive information from Warner Music Artist Services on how to redeem their albums WITHIN 14 business days after their purchase. Full details of how you can gift the album, should you have already purchased, will be given on the redemption page.