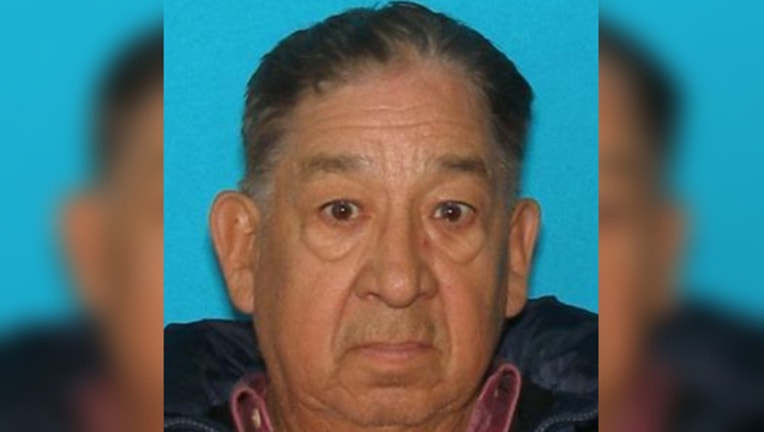 CHICAGO (SUN TIMES MEDIA WIRE) - Police are searching for an 80-year-old man with dementia who was last seen Sunday leaving Swedish Covenant Hospital on the Northwest Side.

John Hernandez was last seen leaving the hospital at 5140 N. California Ave. and may be confused, according to an alert from Chicago police.

Hernandez is described as a 5-foot-11, 150-pound Hispanic man with brown eyes, gray hair and a medium complexion, police said.

Hernandez was last seen wearing black shorts with a red stripe, a purple collared shirt and a blue floppy hat, police said. He usually walks with a cane and may be carrying a red shopping bag.

Anyone with information about his whereabouts should call Area North SVU at (312) 744-8266.