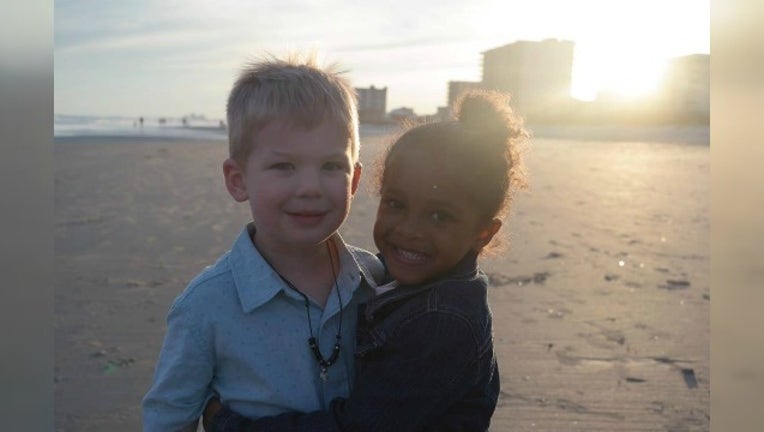 A Maryland woman's Facebook post this week about her daughter and a young stranger has quickly on viral.

Ayanna Toye Barrows was in Myrtle Beach on Tuesday, taking a sunset walk with her daughter, when she said a sweet little boy came up to them. The mother said the boy shared the shark tooth around his neck and said what his name was.

"They part ways while saying goodbye, walking in the opposite direction" Barrows said.

"She turns around and is greeted by his smile. So they share a few words, mainly about his super cool shark's tooth that apparently gave him powers."

Barrows said she asked the boy's mother for permission to take a picture of the two kids and the result was priceless. The little girl wrapped her armed around the boy and they both donned adorable grins.

"This is a moment that we humans understand as just simply seeing no color lines, no judgment, no race, no hate, no shades. It's just pure... two kids meeting on a sunset walk without a care in the world... all they saw was each other."

App users: View the post here. As of Thursday morning, the post has been shared more than 40,000 times.