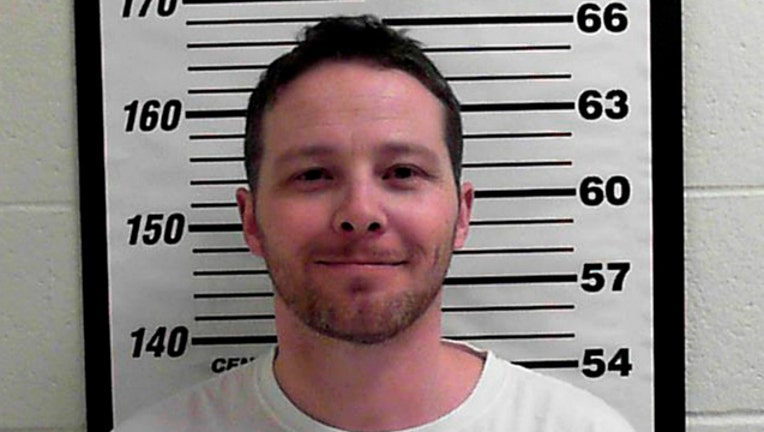 SALT LAKE CITY (AP) -- A Navy veteran was charged Friday with threatening to use a biological toxin as a weapon by sending letters to President Donald Trump and other leaders containing ground castor beans, the substance from which the poison ricin is derived.

William Clyde Allen III, 39, told investigators he wanted the letters to "send a message," though he did not elaborate, FBI investigators said in documents filed in U.S. District Court of Utah. Authorities zeroed in on Allen after finding his return address on the envelopes, according to the complaint.

The envelopes that tested positive for ricin also had a note that said "Jack and the Missile Bean Stock Powder," the documents said.

U.S. Attorney for Utah John Huber declined to comment on Allen's mental state, but said the case is "no laughing matter."

"When you're dealing with suspected ricin, this is nothing to trifle with," Huber said.

During a court hearing Friday, Allen cried as he told a judge that his wife suffers from a spinal condition and he helps her put on her shoes in the morning. He smiled at family members and said he had been looking forward to an upcoming general conference of The Church of Jesus Christ of Latter-day Saints. He did not enter a plea, and his attorney, Lynn Donaldson, did not comment.

Allen could face up to life in prison if convicted on the biological toxin charge, one of five counts in the complaint. He's also charged with four counts of making threats through the mail, which carry 10-year sentences.

They were intercepted and no one was hurt. The FBI said all of the letters tested positive for ricin.

Allen told investigators he also sent similar letters to Queen Elizabeth II, Russian President Vladimir Putin and the secretary of the Air Force, though it's not clear whether those envelopes had been found. The case is expected to go before a grand jury and Allen could face additional charges at a hearing Oct. 18.

Allen was arrested Wednesday at his house in the small city of Logan, north of Salt Lake City. He told investigators he had purchased castor beans on eBay "in case Word Ware III broke out," so he could "defend our nation."

He is being held on a $25,000 cash-only bond, though U.S. Magistrate Judge Dustin Pead is expected to review that on Oct. 15.

Allen served in the Navy from 1998 to 2002, according to Navy records. He has a criminal record in Utah including child abuse and attempted aggravated assault.

He's also had a history of sending threatening emails over the last few years to then-President Barack Obama, the Air Force and the state of Utah, investigators said.