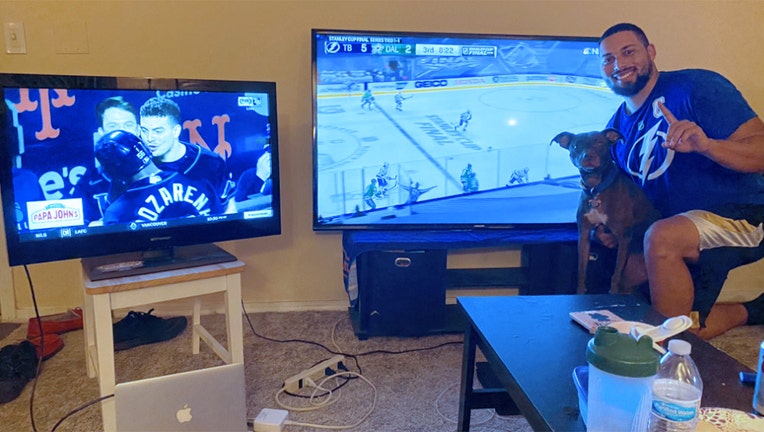 And, hopefully, they won't get the police called on them -- again.

During game three Wednesday, Devon Garnett and his friends were yelling so loudly for the bolts to “shoot” the puck.

Devon remembers exactly what was happening in the game just before a deputy showed up.

"Hedman was doing like a toe drag and I wanted him to shoot the puck, so I just yelled out, ‘Shooot! Shooot!’ Probably a couple of minutes after that, Stamkos ends up getting his goal. So now we're extra rowdy ‘cause Stamkos scores. And about five minutes after that, we get a loud bang on the door."

That bang on the door was the deputy, who was quick to realize what happened and laughed it off.

Then the team heard what happened.

Now, Garnett and his friends get to go to Friday’s watch party – for free – and yell as loudly as they want (without scaring any neighbors).