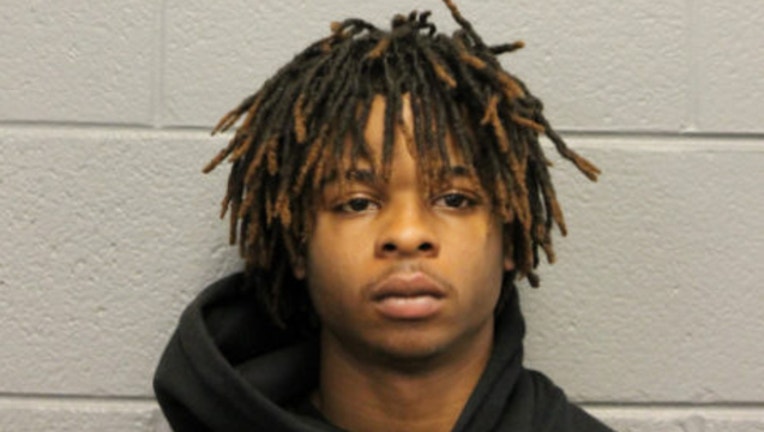 Nicholas Williams, who was on probation for a separate weapons conviction, is charged with a felony count of possessing a stolen vehicle after he allegedly stepped into a teacher’s occupied car and claimed he was being chased, Chicago police said.

Williams, of West Garfield Park, allegedly pulled out a gun and told the woman to hand over her cellphone and purse, and to exit the vehicle, police and the school said in statements.

He drove off from the school about 8:10 a.m., just as classes were starting, police said. The teacher was unharmed.

Williams was denied bail Thursday by a Cook County judge.

The high school said it has requested additional police patrols and cameras for the campus.

Cook County court records show that Williams has been arrested twice in the past two years on gun charges. He also has a juvenile conviction for armed robbery.