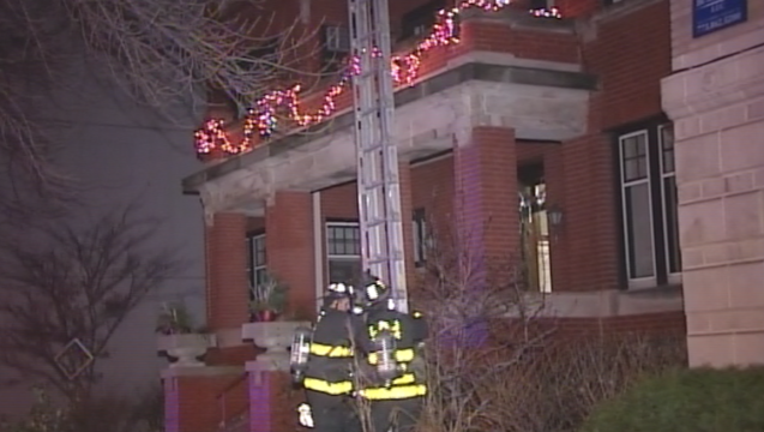 Firefighters battle an extra-alarm blaze early Sunday at a three-story building in the 500 block of West Wellington. | NVP News

CHICAGO (Sun-Times Media Wire) - No one was injured early Sunday in an extra-alarm fire at a Lake View neighborhood apartment building on the North Side.

Firefighters responded about 3:45 a.m. to the three-story building in the 500 block of West Wellington, according to Fire Media Affairs Chief Juan Hernandez.

No injuries were reported in the blaze, but two people were displaced when the third floor was rendered uninhabitable, he said.

The fire was struck out by 4:45 a.m. and the cause was under investigation, Hernandez said.