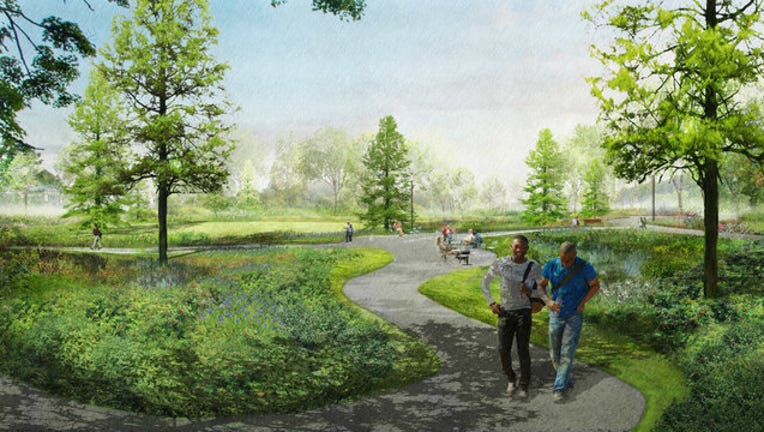 CHICAGO (AP) - Chicago residents living near the Obama Presidential Center's proposed site say the prospect of a gleaming center honoring the president they supported excites them, but they also fear neighborhood revitalization might push them out.

Since Barack Obama announced a lakefront park on the city's South Side as the site of his future $500 million library, a tangled conflict has unfolded: Could the legacy library of the nation's first black president propel the displacement of thousands of low-income black families?

With construction looming, residents are fiercely seeking safeguards for the place they also call home.

The clash was the catalyst for one activist to become an alderwoman and has led to both a ballot question gauging support and a resident-protections ordinance that could see a City Council vote within weeks.