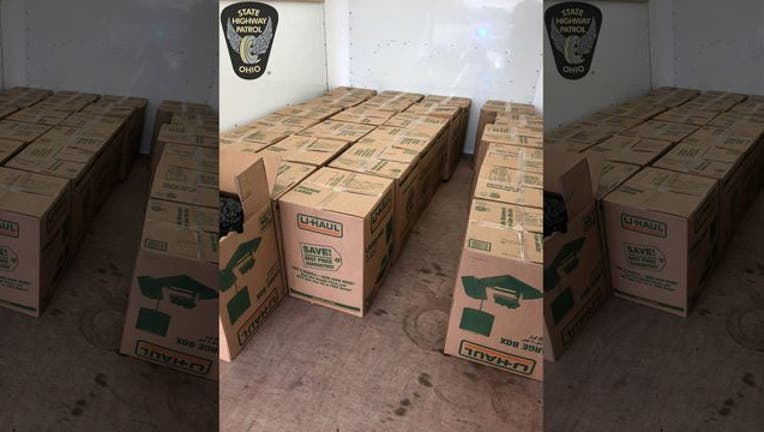 FOX NEWS - A California woman is facing felony charges after officials with the Ohio State Highway Patrol seized 510 pounds — estimated to be worth more than $1.3 million — of marijuana this week.

Keryl J. Lopez, who was driving a 2018 Penske truck, was stopped by troopers on Monday afternoon “for speed and marked lanes violations on the Ohio Turnpike,” officials said in a Thursday news release.

During the traffic stop, which occurred in Cuyahoga County, officials said there were “criminal indicators” and a drug-sniffing dog detected there were possibly illegal substances in the vehicle. Probable cause led authorities to search the truck, which revealed a massive amount of marijuana.

Lopez, 48, of McKinleyville, was then arrested and taken to the Strongsville City Jail. She has since been charged with possession and trafficking in marijuana — both first-degree felonies, according to the Ohio State Highway Patrol.