LOS ANGELES - A series of quakes struck the South Los Angeles area within a half-hour on Monday morning and were felt across Southern California, waking up many residents.

The first was a preliminary 3.3-magnitude earthquake that struck near the unincorporated Lennox area at 4:15 a.m. with a depth of 12 miles.

Some Inglewood residents told FOX 11’s Chelsea Edwards they were awoken by the quake and were unable to get back to sleep. 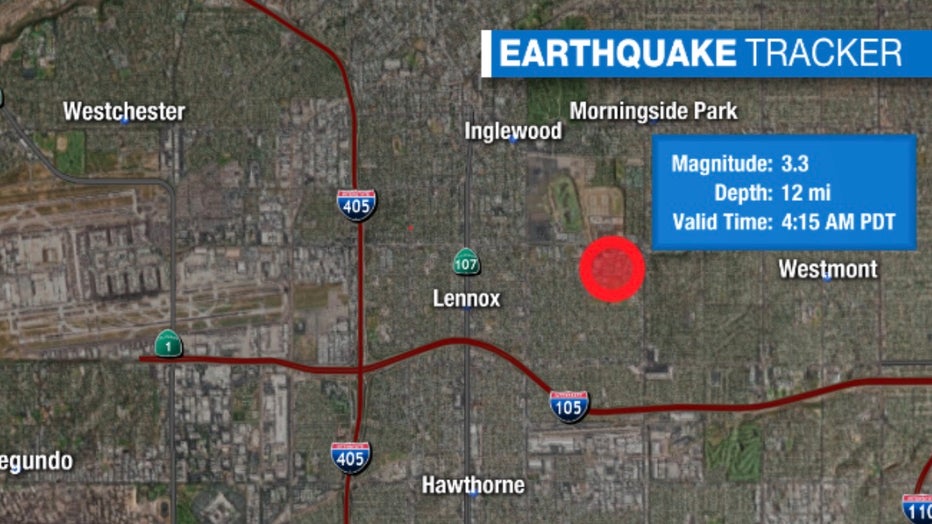 "I woke up at like 4 a.m. and the whole house was shaking, like everything. The TV, the wall, like things fell down. It was wild," Deshawn Waters said.

A minute later, a small 2.5-magnitude quake was centered 0.62 miles northwest of Lennox.

Peter Pin, manager of Super Donut House in Lennox, shared a security camera footage of the shop shaking during the 'quake.

"A little nervous of course," Pin recalled. "I don't know how big it's gonna go."

The third and the largest hit the same area at 4:44 a.m. The 4.0-magnitude sharp tremblor also had a depth of 12 miles, the USGS said.

According to USGS, the quake was felt in areas such as Playa del Rey, Santa Monica, Gardena, Redondo Beach, Burbank and Torrance. 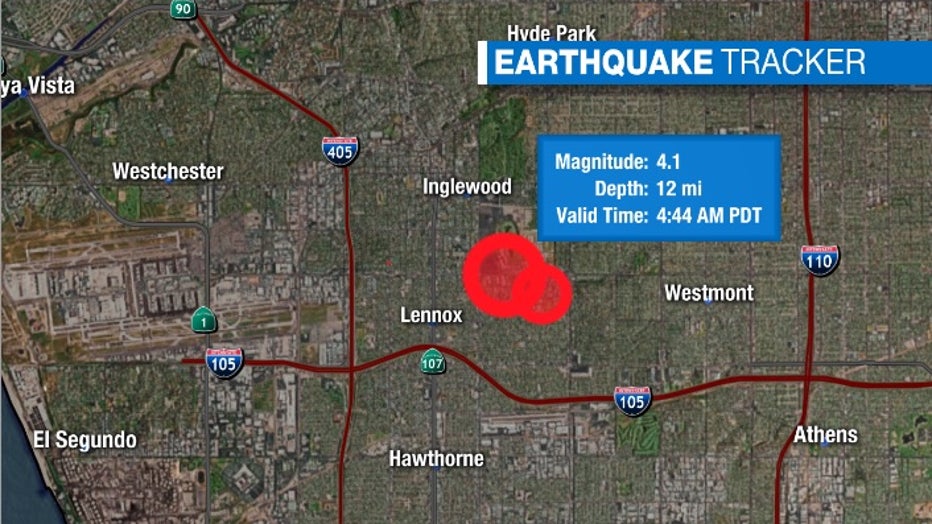 RELATED: Are you prepared for an earthquake?

"The M4.0 that just happened was under Lennox, CA, near Inglewood. Very deep at 20 km, so everyone is at least 20 km away. Would have been felt by most people awake in LA. Movement was thrust, probably not on any mapped fault," renowned Seismologist Dr. Lucy Jones said in a tweet.

There were no immediate reports of damage or injuries. While there are many variables involved, geologists say damage does not usually occur until the earthquake magnitude reaches somewhere above 4 or 5.

"It was felt very sharply by a lot of people and that's just because it was so deep," Jones told FOX 11. "So more direct incidents of the wave."

Jones said it wasn't directly associated with the Newport-Inglewood fault because of its depth and does not necessarily think it's an indicator of the "big one."

"It has nothing to do with the San Andreas and usually the big one means a big enough earthquake where we need the big enough fault to produce it. And people need to remember there is nothing that looks different about a foreshock when the big one happens," she said.

On the morning of April 5, a series of quakes hit the Lennox area and was felt across Southern California.

RELATED: Quakes push Californians to prepare for the next big jolt