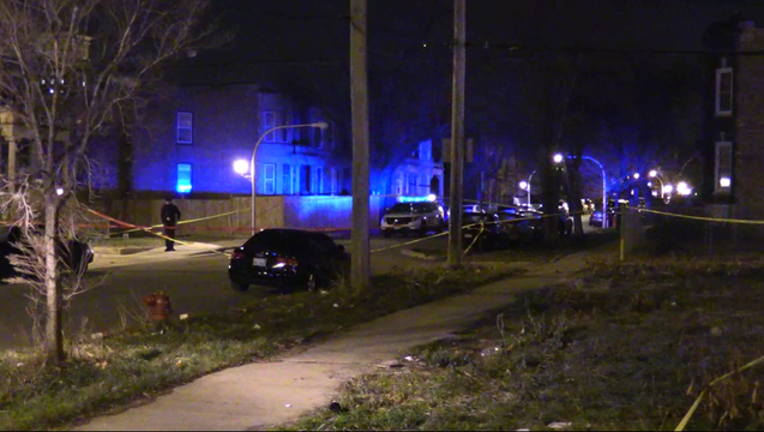 CHICAGO (SUN TIMES MEDIA WIRE) - Four people were killed and at least 11 others were wounded in shootings Tuesday across the city’s South and West sides.

Most recently, two brothers were killed in a Homan Square neighborhood shooting on the West Side. Officers responding at 11:13 p.m. to a call of shots fired in the 3200 block of West Lexington found the men lying in the street, according to Chicago Police.

Simmieon Mcgruder, 23, was shot in the head and left arm and taken to Mount Sinai Hospital, where he was pronounced dead at 11:52 p.m., according to police and the Cook County medical examiner’s office. The other man, 25-year-old Simmie Mcgruder, suffered multiple gunshot wounds and died at Mount Sinai at 5:13 a.m. Wednesday. A police source said the men were brothers. They both lived in the 3600 block of West Douglas.

Earlier Tuesday, two teenage boys were killed and a 65-year-old woman was wounded in a shooting in the East Garfield Park neighborhood on the West Side. Malik McNeese, 16, and a 17-year-old Stevie Jefferson were on a sidewalk about noon in the 3400 block of West Fulton when a black SUV pulled up and someone inside opened fire, hitting both boys, authorities said. A bullet also sailed into a home on the block, striking the 65-year-old woman in the leg. She was taken to Mount Sinai in good condition.

The day’s latest nonfatal shooting happened shortly after 11 p.m. during an attempted carjacking in the Chatham neighborhood on the South Side. A 19-year-old man was in the parked vehicle in the 7500 block of South St. Lawrence when three males got into the vehicle, then tried to take it, police said. One of the males opened fire before the group ran away. The man was shot in the left leg took himself to Jackson Park Hospital, where his condition was stabilized.

A bullet grazed the hip of a 16-year-old boy just after 9 p.m. in a Woodlawn neighborhood shooting on the South Side. It happened in the 6100 block of South Cottage Grove, and he didn’t report the attack until Wednesday, police said. He declined medical treatment.

About 5:30 p.m., officers found a 23-year-old man with gunshot wounds to the hip and abdomen in the 6700 block of South Perry in the Greater Grand Crossing neighborhood on the South Side, police said. He was taken in critical but “stable” condition to Stroger Hospital.

Just before 5 p.m., someone shot a 21-year-old man in the forearm in the 3400 block of West Polk in another East Garfield Park attack. He took himself to Saint Anthony Hospital in good condition, police said.

About 4:45 p.m., a clerk wrestled a gun away from two men who men who tried to rob his Austin neighborhood store and then shot them inside the small business in the 5800 block of West Chicago, police said. One of the alleged robbers, 34, was shot in the torso and taken to Loyola University Medical Center in Maywood. The other man, 35, was shot in the upper leg and taken to Mount Sinai. They were both listed in critical condition.

At 4:26 p.m. in the West Side Lawndale neighborhood, someone in a dark Chevrolet Cruze pulled alongside a 23-year-old man who was driving in the 2700 block of West Roosevelt and shot him in the forearm, police said. He was in good condition at Saint Anthony.

Earlier Tuesday afternoon, a 32-year-old man was shot in the Englewood neighborhood on the South Side. He was riding in a car about 12:50 p.m. in the 6900 block of South Wentworth when he suffered a gunshot wound to the shoulder, police said. An acquaintance then drove him to 71st and Jefferey, where he called police. The man was taken to a hospital in good condition.

About 12:30 p.m., another 32-year-old man was driving in Chatham when he heard gunfire near the intersection of 79th Street and King Drive, and realized he’d been shot in the armpit. His condition was stabilized at Northwestern Memorial Hospital, police said.

Tuesday’s first shooting happened at 12:23 a.m. in Austin, where someone in a white vehicle shot a 15-year-old boy in the hand as he stood on a sidewalk in the 1700 block of North Lorel. He was stabilized at Norwegian American Hospital, police said.

The violence followed a New Year’s holiday weekend that saw at least 55 people shot across the city, including the boy shot on Lorel.