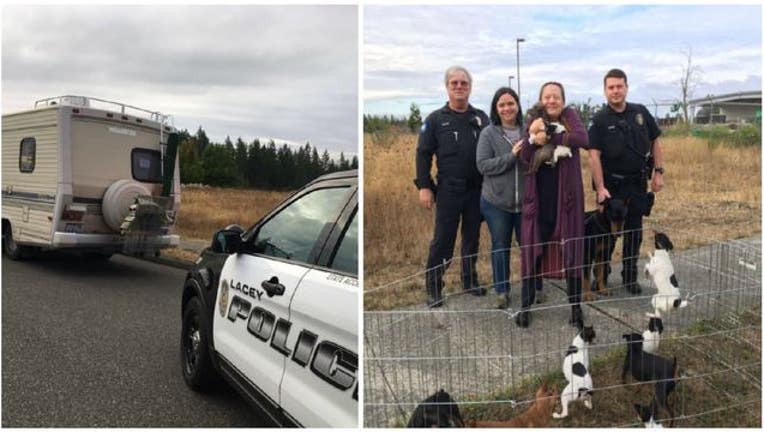 The police of Lacey, Washington, tracked down a stolen Winnebago with ten dogs inside.

FEDERAL WAY, Wash. (AP) -- Police in western Washington state say they've recovered a stolen motor home and reunited its owner with about 10 dogs that were inside.

Authorities tell KING-TV (http://kng5.tv/2fgIENi) that police in Lacey on Saturday also took into custody one person in connection with the case.

Officials say someone stole the Winnebago on Friday evening from the parking lot of a Federal Way sporting goods store. That's about 35 miles (56 kilometers) from where police in Lacey recovered the vehicle.