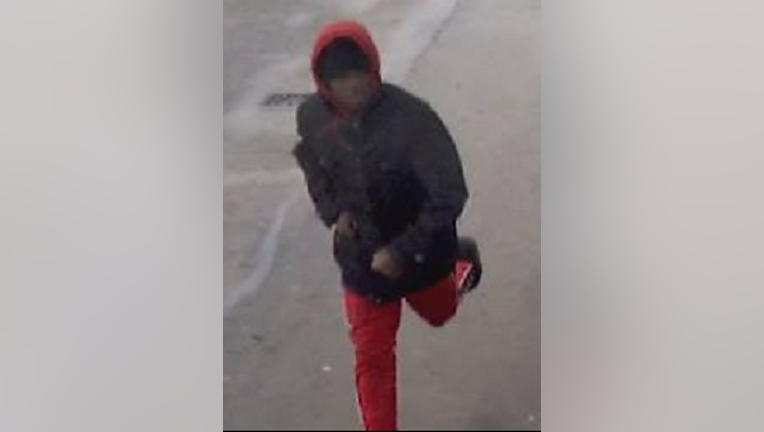 CHICAGO - Police are looking for a man suspected of sexually assaulting a woman last week in Chatham on the South Side.

He followed a 33-year-old woman about 9:50 a.m. and forced her to the 200 block of West 87th Street, where he assaulted her, Chicago police said.

The man is described as 19 to 25 years old with brown eyes and short black hair, police said. He weighs 175 to 205 pounds and was wearing a red hoodie, black cap, black jacket, red jogging pants and black boots.

He’s known to frequent the area of 87th Street along the Dan Ryan asking people for money, police said.