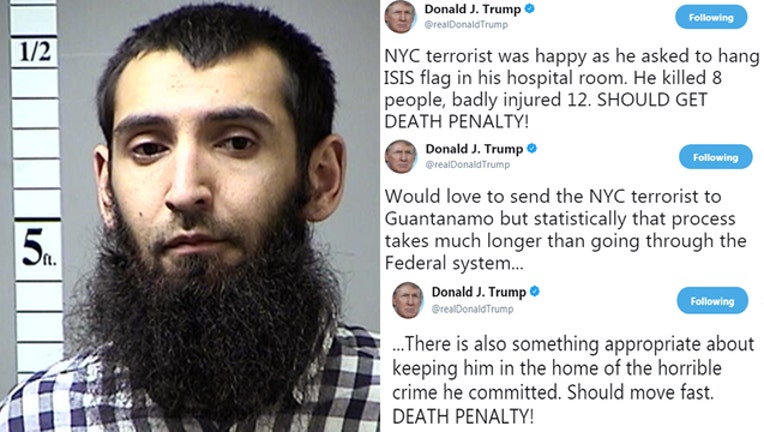 Trump expressed his feelings late Wednesday, tweeting that "NYC terrorist was happy as he asked to hang ISIS flag in his hospital room. He killed 8 people, badly injured 12. SHOULD GET DEATH PENALTY!"

Federal prosecutors say in court papers that 29-year-old Sayfullo Saipov asked to display the Islamic State group's flag in his hospital room. Authorities say the Uzbek immigrant said "he felt good about what he had done."

Prosecutors have brought terrorism charges against the Saipov. They say the Islamic State group's online calls to action spurred Saipov to launch the attack in lower Manhattan on Halloween.