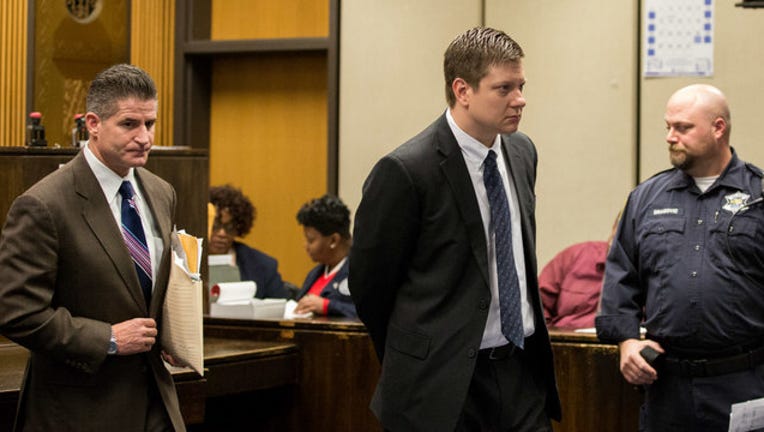 CHICAGO (Sun-Times Media Wire) -- No more members of the Chicago Police Department will be indicted by the grand jury that was impaneled to investigate the cover-up of the shooting of Laquan McDonald in October 2014.

In a statement Tuesday morning, Special Prosecutor Patricia Brown Holmes said the grand jury, impaneled in November 2016, has been discharged, the Chicago Sun-Times is reporting.

“The Special Grand Jury met numerous times; issued subpoenas for, received, and reviewed evidence; heard testimony from witnesses; had an opportunity to pose questions and have them answered, and returned a true bill of indictment with respect to the three accused individuals who are presumed innocent in the pending criminal case,” the statement said.

Holmes accused the three men of filing false accounts of the October 2014 shooting to keep Chicago Police Officer Jason Van Dyke from being accused of any wrongdoing. She also said the three failed to interview witnesses who might have contradicted their faulty version of events.

March, 58, the lead detective in the McDonald case, cleared Van Dyke of wrongdoing, despite dashcam video that appears to show McDonald walking away from Van Dyke when he opened fire and shot the teen 16 times.

Van Dyke was charged with first-degree murder in November 2015 on the day before that video was publicly released.

At hearings in the months since announcing charges against the three officers, Holmes had said she was waiting to bring witnesses before the grand jury who had been difficult to locate or were unavailable.

As far back as August, Holmes said she was close to winding up her investigation and disbanding the grand jury.

Craig Futterman, a University of Chicago Law School professor who was one of the lawyers pressing Chief Criminal Judge LeRoy K. Martin to assign a special prosecutor to probe the CPD’s handling of the McDonald investigation, said the charges against the three officers earlier this year marked the first time police had faced jail time for upholding a “code of silence” to protect other cops. But Futterman was disappointed Brown Holmes didn’t bring charges against high-ranking officers who signed off on false reports.

“There’s no doubt in my mind that the three who were indicted were all culpable and should have been charged,” Futterman told the Sun-Times. “To me, it was even more important to go after the brass who signed off on those lies and made those lies the official narrative of the police department.

“[Lower-ranking officers] know that if they go against the official narrative, they would be crushed, their careers would be over.”

The 11-page indictment lays out a conspiracy by March; Walsh, 48, who was Van Dyke’s partner; and Gaffney, 43, an officer who was one of the first to encounter McDonald the night of October 21, 2014. The indictment refers to Van Dyke as “Individual A,” and also includes other officers, identified as unidentified individuals “B” through “G.”

Kevin Graham, president of the Fraternal Order of Police, the union that represents the CPD’s rank-and-file officers, said in an emailed statement:

“We maintained from the outset that the indictment of these officers on scene was not legitimate. While we are relieved that there are no new indictments slated, we believe a great deal of damage has already been done by the special prosecutor. We look forward to these officers being vindicated.”

The indictments returned against Walsh, Gaffney and March marked the first time CPD officers had been targeted criminally for following an unwritten “code of silence” and for lying to cover for an officer who committed alleged on-the-job misconduct, Futterman previously said.

“This is at least as important as prosecuting the individual officer in the fatal shooting for murder,” he said. “If we want that culture [of silence] to end, and police officers want it to end, we have to know that there are consequences when officers lie.”

March, the detective, resigned in August 2016 after a city of Chicago Inspector General’s report said the veteran detective should be fired for his handling of the case. The same report also called for firing Walsh, Van Dyke’s partner, who told investigators that McDonald had been moving toward him and Van Dyke and was preparing to throw a knife at them when Van Dyke opened fire.

Cited in the indictment were entries in reports filed by March and other officers that depicted McDonald as moving toward the officers with his armed raised — and that the teen attempted to get up after he was shot. The indictment notes that March viewed the video and wrote in one report that the images were “consistent with the accounts of all witnesses.”

The indictment also notes that the officers did not make an effort to locate witnesses whose accounts of the shooting didn’t match the official version in police reports.

Gaffney was one of the first officers to encounter McDonald in response to a Southwest Side merchant’s report that the teen was breaking into vehicles in a parking lot. The indictment alleges Gaffney submitted reports that stated Van Dyke and other officers had been injured by McDonald in the confrontation.