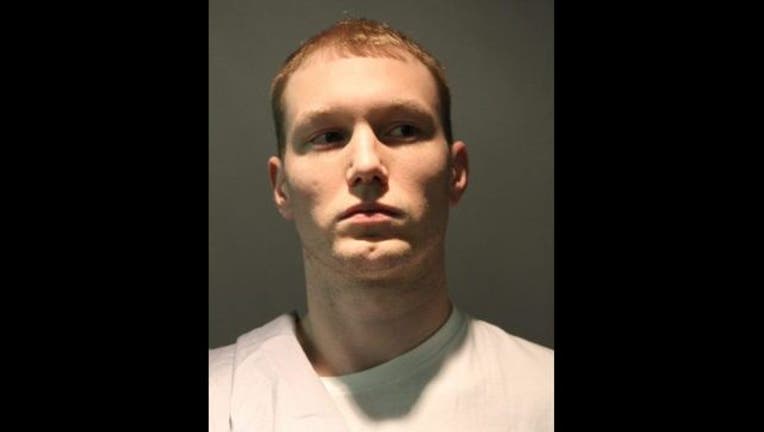 CHICAGO (Sun-Times Media Wire) - A Gold Coast man told his ex-girlfriend she looked cute with a black eye before raping her in his apartment, Cook County prosecutors said Wednesday.

The Chicago Sun-Times is reporting that Christopher Buford also punched the woman because she had moved his bottle of Xanax, Assistant State’s Attorney Matthew Howroyd said.

During the May 1 attack, Buford told the woman she could be with him and do whatever he says or leave and he would smash his face with a frying pan and blame her, Howroyd said.

Buford and the woman had broken up a year ago after a 2-year courtship, but kept in touch, Howroyd said. They were at the apartment in the 1100 block of North Dearborn when Buford grew enraged because his Xanax was missing, Howroyd said.

The 27-year-old woman had moved the anti-anxiety medication into the bedroom. When she gave it Buford, he started striking her, Howroyd said. Buford also grabbed her by the hair, knocked her to the ground, smothered her with a pillow, kicked her and said he’d kill her, Howroyd said.

After he allegedly slammed the woman to the ground, she told him she thought he had broken her neck, but Buford just laughed, Howroyd said. He took her to the couch, wrapped his arms and legs around her to keep her from leaving, then told the woman he was sorry, Howroyd said.

The two fell asleep. When they woke up, Buford told her he wanted to have sex and she looked cute with a black eye, Howroyd said. That’s when the sexual assault occurred, Howroyd said.

The woman later was able to get Buford to leave the apartment, so she could run downstairs and call a friend. The friend saw the woman’s bruised, swollen face, Howroyd said, and the two went to police. Later, she was treated at a hospital.

Murphy, who described himself as a friend of the family, told Judge James Brown he knows the 29-year-old Buford to be a “good polite kid.”

He called the allegations “hard to fathom,” noted alcohol was involved and said Buford was “not a danger to anyone.”

Buford has two misdemeanor convictions for disorderly conduct and aggravated assault, according to Howroyd.

Buford surrendered to police Tuesday. Buford’s father was in court Wednesday — sitting with lawyers, not in the courtroom gallery where relatives of defendants usually sit.